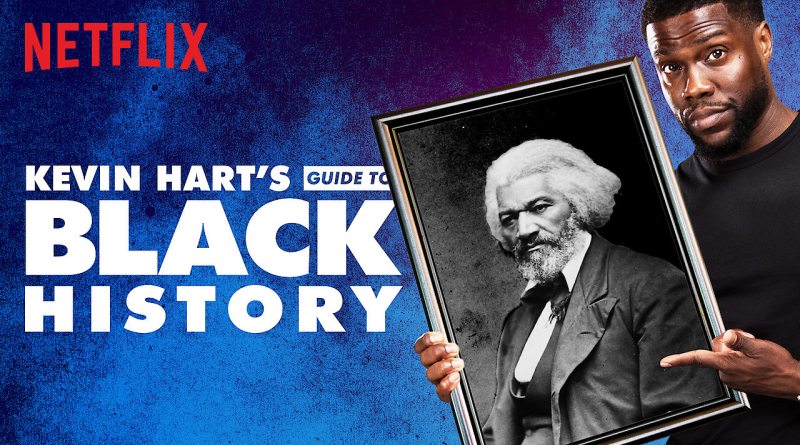 Review: Today in remarkably obvious statements: Kevin Hart isn’t exactly well-liked within the media right now. After the furore over his decade-old comments about the LGBT community led to his being removed as host of this year’s Academy Awards, and in Ellen Degeneres, of all people, being given an earful from the very same community she has been a championed representative of for virtually her entire career, his latest big-budget mainstream movie, The Upside, was lambasted for being not very good and also homophobic (uh-oh!), or ableist, or possibly both. What I’m saying is that I’m not entirely sure the cultural timing is quite right for his new educational Netflix special, Kevin Hart’s Guide to Black History.

I might be wrong, though. Despite having been filmed two years ago, long before Hart found himself in progressive crosshairs (this time, anyway), the timing is fortuitous. Just this week, Liam Neeson, at a press junket promoting his new revenge thriller Cold Pursuit, took the time to admit that years ago he used to hunt black people in pubs. All of a sudden Kevin’s transgressions seem somewhat mild. Navigating history in general – and black history in particular – is a bit like trying to take a rowboat across the Bermuda Triangle at the best of times, so chances are nobody could do the job without pissing off someone, somewhere. Maybe Kevin, with little goodwill left, is the only host a show like this needs.

But what is a show like this? Well, imagine if a sketch comedy had a baby with Sesame Street – it’s a bit like that. It takes unsung heroes from black history – many played by Hart’s associates, including Tiffany Haddish and Lil Rel Howery – and tells their stories in Hart’s inimitable comic voice, with all that entails. It’ll annoy people, I’m sure; it’s glib and flippant and is resolutely Kevin Hart’s Guide to Black History, so anyone still annoyed with him will be annoyed by the show, pretty much by default. But it’s also genuinely funny and might possibly educate a significant number of people who remain ardent fans of the comedian. I liked it, is what I’m saying.

Obviously I’m a white man who writes mean-spirited criticism for a living, so perhaps I’m not the best judge of how best to relay black history to a mainstream audience, but here’s what I do know, in typically white male terms: The worst way to teach Shakespeare to teenagers is to make them read Shakespeare. Younger people will sit riveted by Baz Luhrmann’s Romeo and Juliet, or the great work done by Akala’s Hip-Hop Shakespeare Company, or any other contemporary form that the Bard’s work might take. But they don’t want to sit and read Twelfth Night and be told how masterful his use of iambic pentameter is. Likewise, and as espoused by Hart’s on-screen daughter in this new special, the only way to recount black history isn’t to be force-fed myriad racial injustices. Not all important black people were slaves; you can talk about the strength, determination, ingenuity and importance of black men and women throughout history without filtering their stories through the lens of relentless trauma and suffering. The underlying message is the same, but it arrives in a different, more amenable package.

Hart’s daughter in Kevin Hart’s Guide to Black History is the voice of a younger generation who are just discovering injustice and their own history, but also feel that they know everything; she’s as much a sly critique on the smug naïveté of youth as she is a mouthpiece for how predictably and tediously mainstream media has depicted black history in the past. But there isn’t a similar figure to keep the special on the right side of that fine line that always weaves through purportedly educational media – the need to be broadly entertaining versus the need for reverence, sincerity and respect. Occasionally, Hart’s new special tips into self-indulgence, and revels in his voice for its own sake. But the essential message of Kevin Hart’s Guide to Black History is never quite lost in all that; the special might speak through a man who many no longer admire or respect, but the people he’s speaking for deserve listening to.