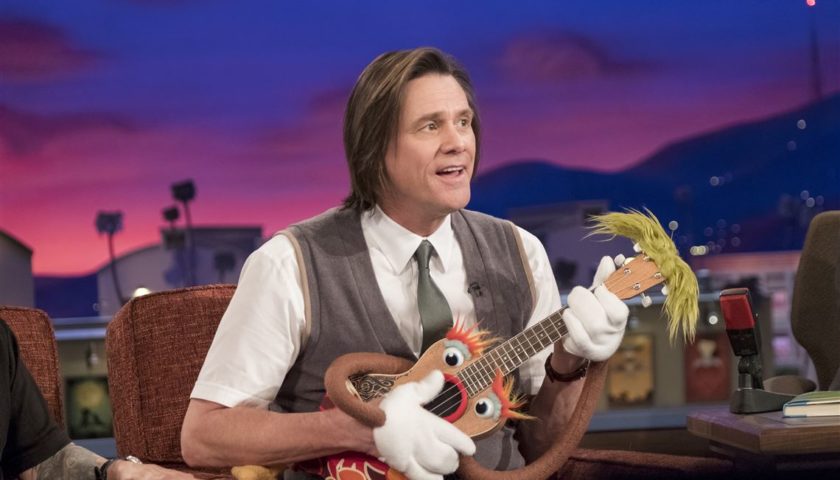 Review: It would’ve been anything but difficult to compose a superior link demonstrate featuring Jim Carrey playing an adored kids’ performer who transforms into “Awful Santa.”In any case, that is not what Dave Holstein, previous author on “Weeds,” needed to do with the up and coming 10-scene Showtime dramedy “Joking” that introductions Sept. 9. In an ocean of screw-ups on TV, and a by and large depressing condition on the planet today, he deliberately chose to go light rather than dim, giving Carrey a tremendous hold of idealism and inspiration.

“It wasn’t about crafting an arc about a psycho Mr. Rogers,” Holstein said at the Television Critics Assn. press tour Monday in Beverly Hills. “This is about a character, in this age of darkness and lies and bullying, who just wants to be good.”That character, and the focal point of “Kidding,” is Carrey’s Mr. Pickles, a children’s TV host who suffers a family tragedy and has decided to soldier on in the face of a harsh new reality. He also wants to keep his $100-million merchandising empire afloat.

“Kidding” reunites Carrey with “Eternal Sunshine of the Spotless Mind” filmmaker Michel Gondry, who serves as executive producer and directed several episodes. And it’s Carrey’s first regular series role since “In Living Color” more than two decades ago.The comedian said its themes of identity drew him in at a time “when I’m well schooled and experienced enough to do this part.”He added, “The search for who we are and what’s an authentic person have always been attractive themes for me. The idea of being hit by a freight train in life and trying to hold onto your identity calls to me.”Carrey has made news lately, not for this upcoming return to TV but for his newfound talent as a political cartoonist critical of President Trump. He said Monday that he never planned this side gig.

“It’s not a choice – it’s just happening,” he said. “It’s my reflex to what I’m seeing, which I don’t like. It’s a civilized way of dealing with it. You can tweet all you want but there’s something about a creation that makes it fun to consume and it’s saying what I need to say.”“Kidding,” which features puppets, skits and lessons that wouldn’t have been out of place in “Mister Rogers’ Neighborhood,” costars Judy Greer, Frank Langella and Catherine Keener and is a cousin in temperament with other Showtime series like “SMILF” and “I’m Dying Up Here.” The latter is no surprise — Carrey is an executive producer of that series.