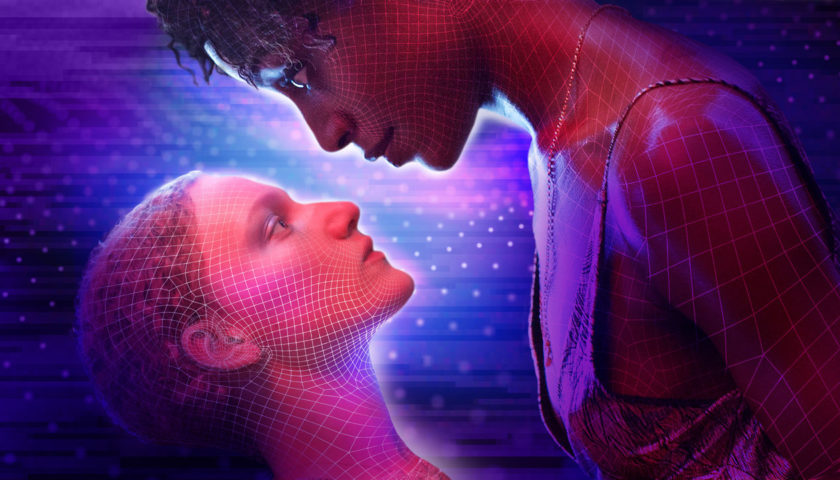 Review: This six part thriller is centred on Leila a seventeen year old video game player who plays an immersive virtual reality game called Azana. Here she is invited to join a group in a secret area known as ‘Red Pill’. Soon after she meets fellow player Tess in real life and soon afterwards she starts to have her doubts about Red Pill, in particular Adrian, its unofficial leader. One member disappears and Leila learns that he has died in real life; she then sets about finding out what is happening in Red Pill. She will put herself in real danger before getting to the truth.

I must say this series quickly got me hooked; the first episode introduces key characters and the world of Azana. The virtual world was really well realised with character’s avatars looking similar to the characters without slipping into ‘uncanny valley’. The more we see the more intriguing the story becomes and the more people die the greater the sense of danger for our protagonists. The cast does a fine job; most notably Tallulah Haddon and Simona Brown who are great as Leila and Tess. There are aspects of the series that some viewers might object to; there is a fair amount of strong language, a moderate amount of nudity and some violence. The ending was solid enough but felt more like the end of a chapter than the end of the story… hopefully further series will be commissioned as I want to know what happens next. Overall I certainly enjoyed this series and would recommend it to people who enjoyed programmes like ‘Humans’ or other sci-fi series that are set in an almost-real present day world.