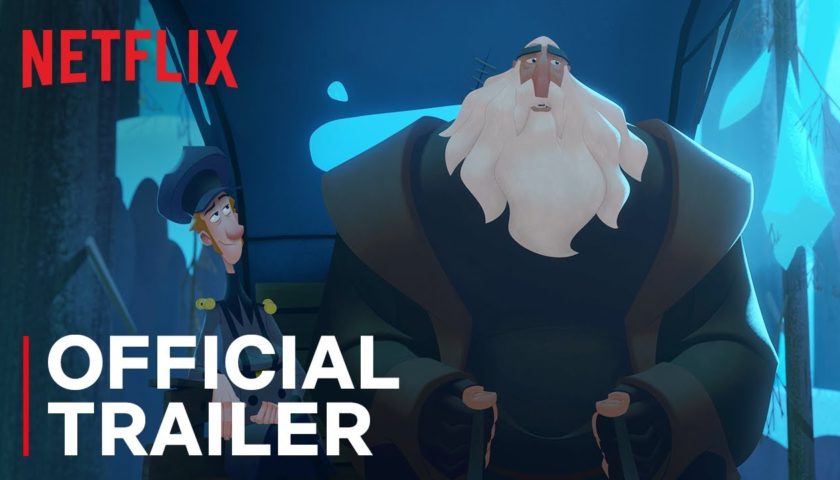 Jason Schwartzman does almost too good of a job voicing an irritating character in the animated movie “Klaus.” He plays Jesper, a student who is deliberately flunking out of the postal academy. He believes that his father, the academy’s head who’s been indulging the kid’s cushy lifestyle, will hand him a cushy position with an “as you were.” Not so.

Instead, Jesper is given a mission: to revivify the post office of Smeerensburg, an island above the Arctic Circle. Through his dressing-down and into his journey north, Jesper complains in terms associated with stereotypes of entitled Gen Z-ers, with a whiny pitch and lots of anachronistic vocabulary. “Can we talk about it, man?” is his most emphatic bit of resistance to the proposed exile.

Thank goodness there are things worth watching over Jesper’s puling. “Klaus” is the first feature directed by Sergio Pablos, a Disney veteran who created the story for “Despicable Me” and founded his own animation studio. The dominant influence here is not just Disney but vintage Disney.

The backgrounds and character design at the postal academy bring to mind the 1959 version of “Sleeping Beauty.” Smeerensburg is an intimidating and sometimes terrifying place at first; suffused with gray on Jesper’s arrival, alive with grotesque shadows and sickly green in one of its fish shops, and still bleak in the next day’s ostensibly cheery yellow sunshine. The inventive use of color evokes the work of Mary Blair, the Disney studio’s secret tint weapon from the 1940s to the ’60s.

Jesper gets a bit less insufferable as he plumbs the place’s mysteries. There’s a persistent feud between two clans. The disillusioned schoolmaster Alva (Rashida Jones), who turned fishmonger to pay for an escape route, could be motivated to pursue her calling after all. And deep in the forest there’s a woodsman named Klaus (J.K. Simmons), a surly giant with a workshop full of new toys. His tender heart lies just beneath a surface grumpiness that’s as thin as the material on a lottery scratch-off card. So it’s relatively easy for Jesper to convince the fellow to give him the toys to deliver, postage paid, to the kids of the island.

From there, “Klaus” concocts original ways to tick off practically all the boxes of a Santa origin story: How the means of transport became a sled. How reindeer got involved. Why the sled flies. How the chimney came to be used.

It all moves along so amiably, and offers such consistently delightful visuals, that the conventional plot points, up to and including an inevitable “but I can explain” bit, are entirely digestible. These clichés inhibit “Klaus” from achieving instant-classic status, but the film is winning enough that it’s worth a place in a family Christmas-movie library (not that, as a Netflix offering, it will take up any physical space).