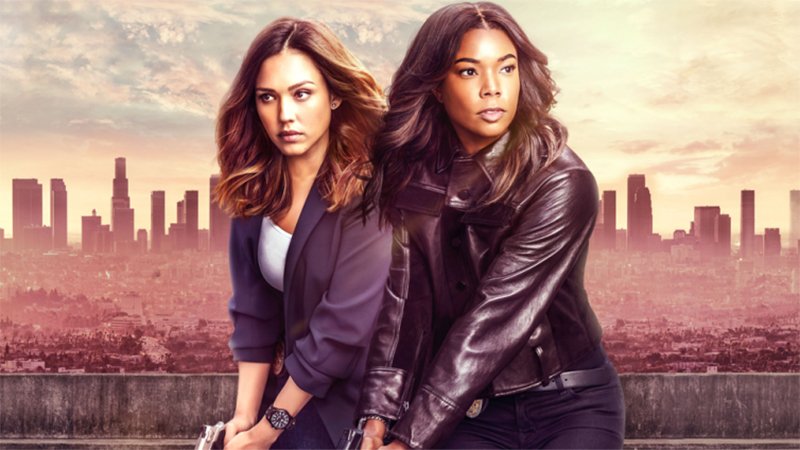 Review: Spectrum subscribers can watch “L.A.’s Finest,” the first series kicking off the new video-on-demand service’s orignal content, on May 13. Gabrielle Union and Jessica Alba will executive produce and star in the 13-episode series, which is spinoff of the “Bad Boys” franchise by Jerry Bruckheimer and Michael Bay. Union plays LAPD detective Syd Burnett, who must work together with working mom Nancy McKenna (Alba) to take down some of the city’s most dangerous criminals.

Season two of British-Canadian drama series “Tin Star” will debut in the U.S. and Canada exclusively on Amazon Prime Video on Friday, March 8. Starring Tim Roth and Christina Hendricks, the 10-episode sophomore season will pick up at the moment season one ended. Former police detective and alcoholic Jim Worth (Roth) must win back his family while Elizabeth Bradshaw (Hendricks) is driven to the edge to keep a dark secret and protect herself.

Netflix has announced a trio of recurring guest stars for the second season of “The Kominsky Method,” its Golden-Globe winning comedy starring Michael Douglas and Alan Arkin. Jane Seymour will play an old flame of Norman (Arkin), Jacqueline Bisset is Sandy’s (Douglas) controlling French ex-wife and mother of his daughter Mindy (Sarah Baker), and Paul Reiser plays a high-school teacher who gets romantically involved with Mindy.

TruTV has announced four unscripted projects currently in development at the comedy network. Fortune Feimster participates in international game shows in “Around the World in 80 Games;” “Blackspiracy with James Davis” explores black conspiracy theories in pop culture; Maz Jobrani hosts an untitled variety series originating from his growing up in Iraq and the U.S.; and Yamaneika Saunders competes against fellow comedians in fast-paced challenges in “Can You Beat Yamaneika?” In casting news, Jo Koy‘s animated comedy “This Functional Family” adds Tia Carrere, Gillian Jacobs, Phil LaMarr, Josh Luis Keaton and Omid Abtahi to its voice cast.

Producer Aaliyah Williams has launched Just A Rebel production company and signed a one-year first look deal with MACRO, the production company that contributed to “Sorry to Bother You,” “Fences” and “Roman J. Israel, Esq.” Formerly, she was the head of digital content at MACRO. Williams will produce the upcoming film “Really Love,” starring Kofi Siriboe, Yootha Wong-Loi-Sing and Uzo Aduba, and the Netflix-acquired “Gente-fied” along with America Ferrera.

Smokehouse Pictures has announced that Rebecca Arzoian has been named President of Smokehouse Television. Previously, she was Vice President of Production at Focus Features, where she worked on “Mary Queen of Scots,” “Boy Erased” and “BlacKkKlansman.” Beginning immediately, Arzoian will oversee all aspects of TV development and production for the company’s first look deal with Paramount TV.

TV writer and producer Shane Brennan has been elected President of the Australian Writers’ Guild by the association’s National Executive Committee, and will assume the office immediately. A member of the Guild for nearly 40 years, Brennan is best known as the creator and showrunner of “NCIS: Los Angeles.” He also created the not-for-profit organization Scripted Ink, which supports screenwriters, an funded the Guild’s David Williamson Prize with his wife.

Warner Bros. Studios has officially renamed Stage 25 as “The Big Bang Theory” Stage in honor of the long-running CBS comedy. Ending in May with 279 episodes, the show has filmed entirely on Stage 25 and will become the the longest-running multi-camera series in history. Warner Bros. executives were joined by stars of the show to make the announcement at a ceremony during the Television Critics Association’s Winter Press Tour Studio Day.