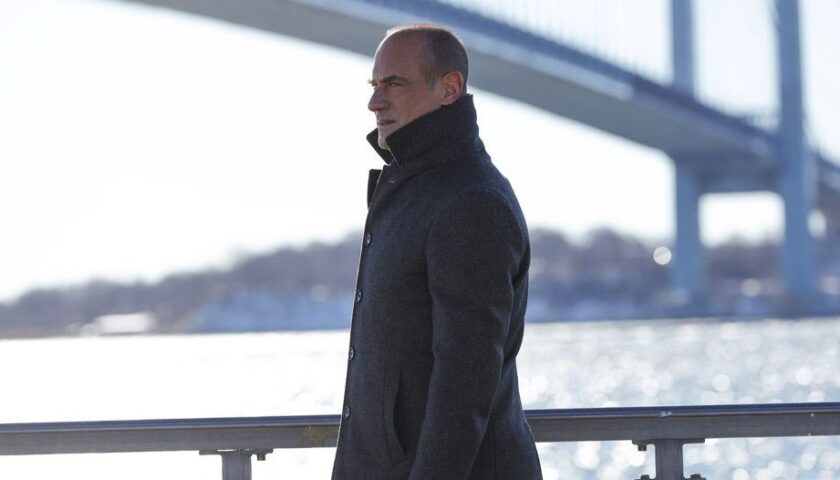 The return of Christopher Meloni makes everyone step up their game — the writing, the directing, and even the acting. With Meloni, probably the most talented of the SVU acting ensemble, to bounce off of, Mariska Hargitay improves several notches over her version of Benson the past few seasons. The result is a crossover that works much better than anything SVU has attempted in years.

Still, there are some issues. For starters, they plagiarize the Ferris wheel scene from The Third Man. I mean, they even used the “dots” reference about people! Seriously??? They also seem to steal a lot from Daniel Craig’s last two Bond movies — the look, the sound, and even the clothes. There are moments where from a distance Meloni looks like he’s dressed as Bond in Skyfall, and the exceptionally loud music score seems inspired, too.

It’s too early to tell how good Organized Crime will be, in part because it looks like it’s going to be serialized. To me, that’s not a good thing for the Law and Order franchise, though by this point, they may be running out of ideas.

This series also continues the whole “woke” sensibility. All of the Law and Orders shows have been noticeably poor when it comes to having Asian American characters, especially in the main cast. Given how there’s finally some attention about Asian Americans in the media it’s only a matter of time before they scramble to add some Asian Americans to the cast.