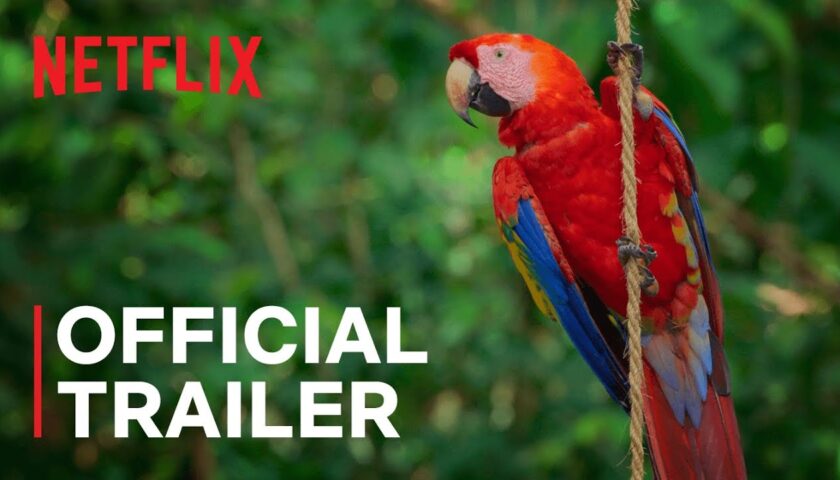 In 2018, researchers from Newcastle University gave tiny 3D glasses to praying mantises to understand how they see the world. The mantis is the only insect known to have a stereo vision, and the team was trying to figure out how its vision is different from ours, given its extremely small brain.

Taking this a step further, the new docuseries on Netflix, Life in Colour with David Attenborough, explores in detail how different animals perceive the world they live in and how colour plays an important role not just in mating, but also in raising its young, hiding from predators, and even maintaining territory.

The three-part first season is a celebration of the wonders of nature, but makes no mention of the ongoing climate crisis or the irreversible damage humans have done to the habitats of the filmed critters. “I think a lot of people think we’re spending all our time saying, ‘Whoa, whoa, whoa, what a catastrophe faces us,’ which is perfectly true. But this series is about what it says its about, which is colour and, yes, just being able to rejoice in it,” Sir David Attenborough was quoted as saying in The Telegraph.

The docuseries shows us how the animal kingdom uses colour to conceal, confuse and caution.

With new cameras and imaging technologies, which Attenborough says were developed specially for the series, we see beyond our visible spectrum. Commenting on our eyes’ ability to see so little, Dr. Darrell Kemp from Macquarie University who has been studying Blue Moon butterflies says: “We[human beings] are unfortunate in that regard. We miss out on a quarter of the brilliance of the natural world.”

Attenborough is his usual enthusiastic self, and the series is as informative and visually pleasing as the other nature specials produced by the BBC, which have been a warm blanket in these tough times.

The third episode introduces us to the researchers who have been working to uncover the secrets of tiny insects (as small as finger nails), birds that change their coats, and even some extremely possessive frogs. We also see how nature photographers and newer cameras have assisted them in this mountainous task.

The show also anwers some long-standing questions such as why the zebra has black and white stripes, or how the peacock uses its colourful tail feathers.

Other showstoppers in the series were the magnificent birds-of-paradise, fiddler crabs and peacock mantis shrimps. Bored of watching wrestling matches and movies? Then the cutest fight between frogs and lizards will come to your rescue. These funny moments will sure provide instant succour.

If the three-part series did not quench your lust for learning, also try reading Life in Colour: How Animals See the World by Prof. Martin Stevens from the University of Exeter, who was one of the scientific consultants of the show. These are all gentle reminders of “how little we know of what there is to know.”

Life in Color is currently streaming on Netflix