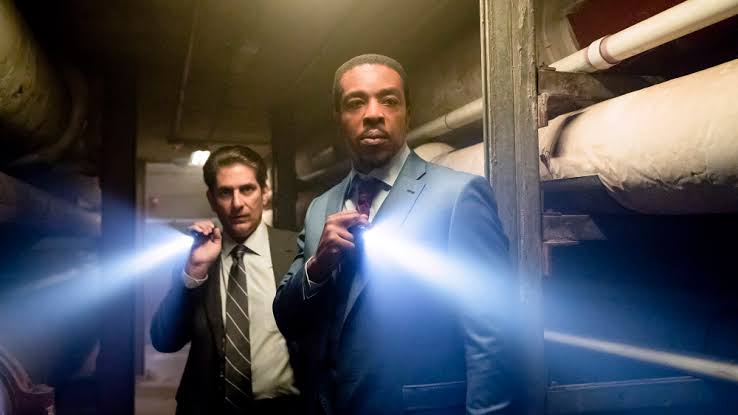 Some seemingly ridiculous TV show titles are misleading. Others, like “Lincoln Rhyme: Hunt for the Bone Collector,” are not.

The new NBC drama (based on Jeffery Deaver’s novel) stars Lincoln Rhyme (Russell Hornsby) is a cocky detective who’s made a name for himself by scouring crime scenes like no one else after modeling himself after (who else?) Sherlock Holmes. Accordingly, his Moriarty is “The Bone Collector,” a wry and ruthless murderer who disappeared into the ether after his last interaction with Rhyme a few years ago, which left the detective in a full body paralysis. Now, Rhyme finds himself back on the case after restless cop Amelia (Arielle Kebbel) stumbles upon a murder seemingly carried out by the Bone Collector. As might be expected of this odd couple pairing, he’s brilliant and revered, while she’s more talented than many will give her credit for. Both have a tragic backstory and complicated home lives that interfere with their work despite all their best efforts. (Also, Michael Imperioli co-stars as a weary detective, because this is a New York City show and don’t you forget it.)

In its pilot episode, “Lincoln Rhyme: Hunt for the Bone Collector” makes a big show of shaking up the usual procedural formula (different timelines! elaborate fakeouts! explosives!), but nonetheless follows the lead of umpteen serial killer stories so closely that it ends up a paint-by-numbers collision of predictable tropes. Rhyme speaks exclusively in clichés or outright word salad nonsense (“turns out the broken take better care of the broken”?) that everyone’s impressed reactions indicate are supposed to be unusually smart and poignant. Kebbel, a perpetually underused actor, does her level best to make Amelia as interesting as the script insists she is, but can only dodge the obstacles of her lines so often. How well their partnership goes — or more accurately, how well the actors can sell it — from this point forward could determine the fate of the show. But given its introduction, it will be an uphill climb for the show to get anywhere particularly compelling.