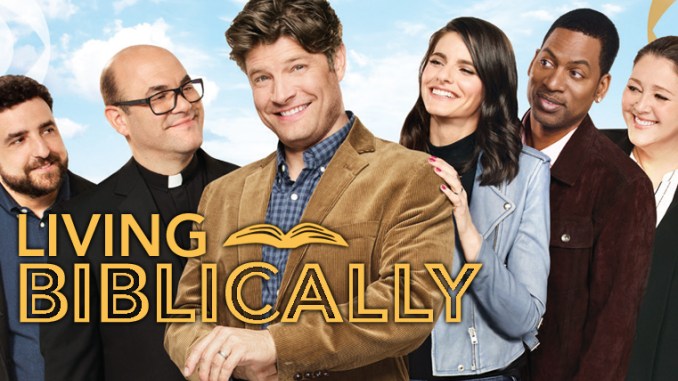 Review: Unfortunately this show is getting dumped on from all sides. Christians are offended because it makes light of their religion (it doesn’t). Anti-religious are annoyed simply because it’s about religion. Big Bang Theory haters are annoyed because it’s a very similar style of humor produced by and featuring Big Bang alumni.

First off I’ll just say that this is NOT a vulgar comedy, at all. At least the first episode (which is all I’ve seen). This isn’t 2 Broke Girls… this isn’t even BBT-level crassness. If anything it’s almost wholesome, a 90’s broadcast sitcom throwback.

Judging by the pilot alone: It is very simple “canned-laughter” style sitcom that seems to be starting slow while laying the foundation of it’s promising premise.

Personally? I want to see which direction they go once they get up to speed with the story. Until then I’m not ready to jump off.