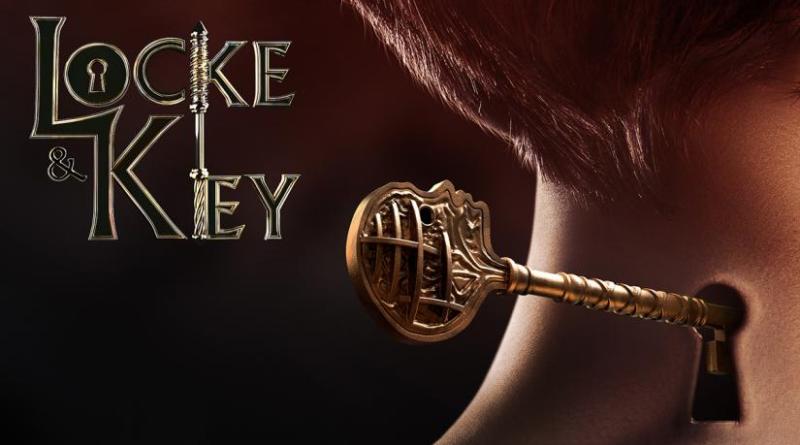 Memory is not a perfect artifact. It sputters when anxiety holds us in its maw. It’s warped by the heavy hand of grief. It snakes along a path shaped not entirely by what factually happened so much as the stories we tell ourselves. For the children at the heart of Netflix’s new series Locke & Key, memory is both a salve and a cudgel.

Finally arriving on Netflix this Friday after nearly a decade spent in development hell, the fledgling series, based on a comic created by Joe Hill (son of Stephen King and author of the horror novel NOS4A2, which recently received its own disappointing adaptation), concerns the close-knit Locke family. Nina (Darby Stanchfield) and her three children, Tyler (Connor Jessup), Bode (Jackson Robert Scott), and Kinsey (Emilia Jones) retreat to their patriarch’s ancestral home in a small Massachusetts town in the wake of his brutal murder. They’re looking for peace, but what they find is far more complicated: a series of magical keys that grant them great power. But nipping at their heels is a demon known as Dodge (Laysla De Oliveira), who is hungry to get her hands on the keys.

Despite Locke & Key’s heavy thematic dimensions, its potential for exploring the interlocking themes of memory and grief is undercut by a host of issues: its pedestrian score, which doesn’t trust the audience one iota to make obvious connections; its light-handed approach to the story’s horror elements; its tone, which renders the show a young-adult-skewed adaptation of the source material; and a lack of imagination in its approach to memory as a plot dynamic.

How Locke & Key handles the nature of memory is inseparable from the characters’ experiences with grief, which each of the Locke children handle in distinct ways: Tyler turns to anger, aimed both within and outward; Kinsey turns inward, closing herself off to the world and the kindness of others; and Bode throws himself into finding the keys and protecting them with childlike zeal. Not all of these narrative approaches work. Bode, a character crucial to the show’s success, annoys rather than endears; he’s a grating, saccharine presence that saps the show of much-needed energy. Kinsey is the most intriguing of the siblings, with her hard-edged nature and soft eyes always in contradiction with one another. She’s haunted by memories of her father’s murder and her decision to hide with Bode from the killer, the teenaged Sam Lesser (Thomas Mitchell Barnet), instead of confronting him. The noise of plastic sheets or the spray of fake blood during the making of a friend’s film triggers the memories she’d rather keep buried.

Locke & Key occasionally gestures toward the emotional bramble that is our memories, particularly in the third episode, “Head Games.” After finding the Head Key, which allows the possessor to root around in someone’s mind, the kids travel inside their own reveries. Inside Bode’s mind, which takes the shape of an arcade, they traverse a specific memory of his in which their father tells him a tale about a fisherman, and Tyler and Kinsey argue about the way it ends, their memories splintering in different directions. Kinsey decides she wants to travel inside her own head, where she finds a rainbow-colored mall that takes its design cues from M.C. Escher’s work. Inside an overly organized candy store of sorts, Kinsey witnesses her memory of her father telling her the story of the fisherman. What’s more engaging than the visual fantasy of the Head Key, though, is the way her memory takes shape. Just as the memory of that tender night with her father is winding down, her mind skitters to another memory, then another, each darker than the last. “I hid like a coward,” she says when witnessing the warped memory of hiding from Sam after he’d murdered their father.

Kinsey’s story line suggests intriguing lines of inquiry for the series. How does emotion affect memory? How are our memories warped by trauma? How do we heal from the trauma that haunts us? Unfortunately, this narrative through line is hindered by the show’s aesthetic issues and tone, which leaves much to be desired as it deals with everything from familial grief to PTSD with a touch so light you can barely feel it. One story line in particular captures the series’ failed potential to dig deeper into its thematic constructs: Nina Locke’s.

While Nina’s children deal with an abundance of overwhelming memories they must navigate, she grapples with the inability to hold on to her memories, thanks to Locke & Key’s invocation of the familiar magical rule that adults can’t remember the supernatural events they witness. Nina’s aware that something grander is happening around her, but can’t pinpoint exactly what that is. This becomes heartbreaking to watch, due in no small part to Darby Stanchfield’s performance, which imbues the character with a tremulous nervous energy that makes you immediately feel for her. Her story line, which devolves into a struggle with her own sobriety, feels cut from a far more engaging show that’s willing to actually wrestle with thorny undercurrents of the story. By the end of the first season, characters’ haunting memories have subsided and the Locke family is rendered with sunnier dispositions, suggesting grief is something to be surmounted, not lived with. But through Nina’s story, we witnesses the show Locke & Key could have been, one that dares to delve into the emotional bramble of memory and grief unafraid to haunt, rather than merely entertain.