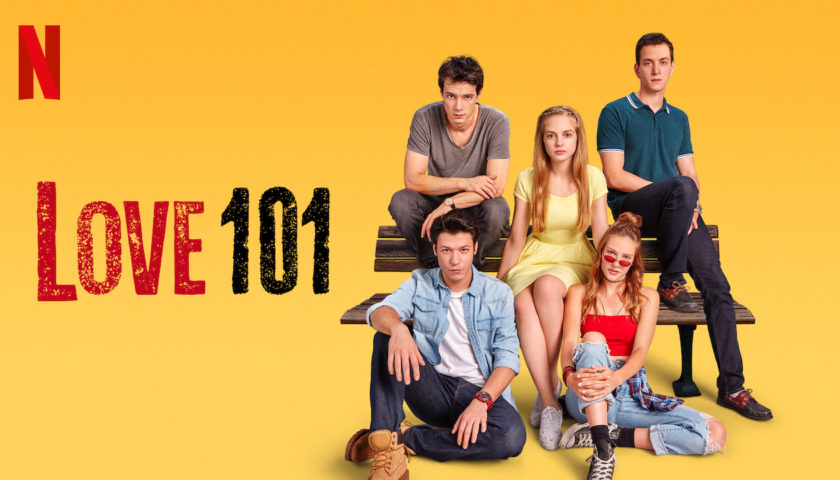 The best way I can describe this show is that it’s a tame combination of Eurphoria and Skam. It has complex characters, well written conversations but certain scenes and events may appear cheesy, which is a common theme in teen dramas in general. Nevertheless, I greatly encourage people to watch it because it truly is (in my opinion) the best Turkish Netflix drama so far. At first glance, the character seemed shallow and generic (the misunderstood bad boys, the promiscuous teen and the goody two shoes) but as the episodes go, they grow deeper, especially Sinan’s character who was particularly multi faceted and reminded me of Jess’s bad boy/intellectual character on “Gilmore Girls”. This made Mert Yazicioglu the definite star of the show, though I believe all the actors were equally talented and had incredible chemistry.

However, “Love 101” has one major flaw which is the lack of focus on the mental illness that the characters clearly suffer from. Any child, no matter how rebellious they want to appear, must feel some sort of remorse or at least fear when faced with the repercussions of their actions yet all of them have one thing in common: nonchalance. There’s also a major trivialisation of alcoholism and eating disorders, plus the writer failed to mention the background of some characters so the viewers couldn’t fully understand nor empathize with them and the headmaster’s character is a bit too cartoonish.

That being said, I understand if the writer didn’t want to get into those subjects too much since this is a “comedy-drama” and those subjects (though extremely important) can be really dark.

Overall, I applaud Meriç Acemi. Teen dramas can be cringy at times but she found a great balance. Finally, I’m gonna end this by saying that the music is excellent and fits every narrative perfectly and that the show is way better than the trailer.