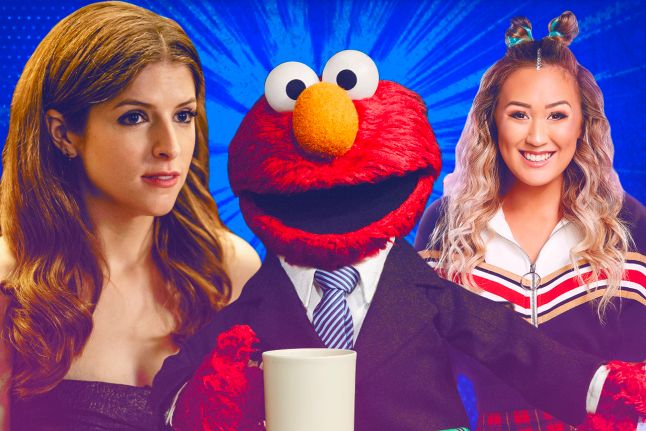 “Love Life,” the first scripted series for adults to go out on the HBO Max streaming service, is amiable, light, and — flaws aside — easily bingeable. That adds up to more than enough under normal circumstances, but may prove a bit slighter than what it’s being tasked to do as part of the streamer’s launch.

Anna Kendrick stars as Darby, a young woman whose perfectly rom-com career rise in the art museum and auction-house world in New York City is not, at least for some time, matched by confidence or self-knowledge in her personal life. (That’s a rom-com cliché too, but “Love Life” pushes Darby’s insecurities farther than most.) We follow Darby (with narration provided by Lesley Manville, a warm but unnecessary presence) from her feckless and underemployed youth toward an adulthood marked by a bit more melancholy and a lot more care. It’s a passage of years told, each episode, through a relationship with one significant person in her life. (Magnus, a particularly pernicious partner played by Nick Thune, manspreads over two installments.)

When it comes to playing a character who ages nearly a decade over the run of the show, Kendrick manages to convince — aided both by the show’s careful eye for what New York City at the turn of the 2010s looked like as opposed to what it looked like in, say, January 2020 and by Kendrick’s own gifts for manifesting youthful insecurity and a growing sense of worth. And its limning of social types, from the chaotically resentful yet magnetic Magnus to the never-quite-grew-up best friend Sara (Zoë Chao), is effective, too.

That both of these characters have complex, knotty relationships with alcohol provides Darby something against which to push back. That’s welcome, given that Darby’s own backstory, highlighted in a flashback episode, threatens to throw the character and the show entirely off. Without spoiling unduly, suffice it to say that high-school-age Darby was both a romantic and a liar, in ways that prompt her to be reactive rather than proactive throughout her adult life — a strange trait for a protagonist. It’s better, perhaps, to see Darby grow and change in response to the great loves of her life than to force upon her a narrative that doesn’t fit.

In all, “Love Life” is amply watchable, if telling a story that seems not to be demanding its own telling. The Magnus plotline’s sprawl — defying the rules the show itself has set forth — kind of epitomizes this: He’s a character more compelling than anything else onscreen, but his awfulness makes Darby’s ongoing tolerance seem beyond belief, if there weren’t so much time to fill and she weren’t a central character defined by her lack of definition.

All of which emphasizes the bind the show faces when placed within the context of HBO Max, the strong case it needs to make in a delicate fashion. This series has to help convince viewers who haven’t already been HBO subscribers that the new AT&T-owned service with HBO branding is worth their time. And it also, at least somewhat, must convince existing HBO viewers — ones who’ve watched “Sex and the City” or “Insecure,” both of which occupy similar-though-not-the-same romantic-dramedy turf — that the HBO brand is still an imprimatur of a particular sort of quality.

“Love Life,” carefully-wrought as it is, is an odd show to fulfill that brief. It’s too low-fi to generate the sort of fireworks that, say, “The Morning Show” did for Apple TV Plus at launch (Anna Kendrick’s exposure at present as the star of a Quibi series, a Disney Plus movie, and the on-demand feature “Trolls World Tour” does not necessarily help matters). And it is not quite an HBO show. That network’s tradition of distinctive and handpicked shows is matched, somewhat, in the craft on display. But “Love Life’s” meandering uncertainty about its story leads to a great-looking show wobbly in a way a cabler graded on quality every time would likely force to refine and redefine. As it stands, though, “Love Life” is a piece of content that makes for amiable company and that doesn’t stand out as particularly grievous; as part of a library graded on capacity rather than curation, it fits right in.