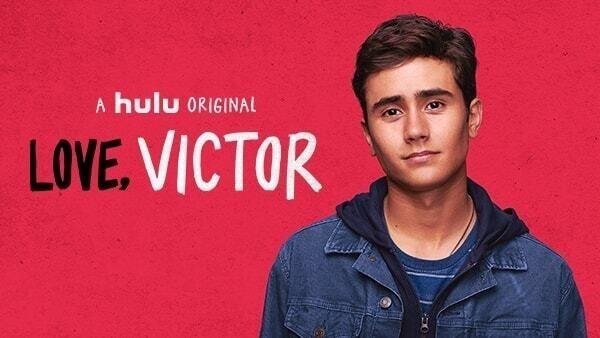 When Love, Simon, the first gay teen romance released by a major studio, premiered in 2018(!), it was met with as much skepticism as it was affection by the communities the film was meant to represent. All parties would probably agree that the milestone was necessary if overdue, and most anyone familiar with the compromises built into studio filmmaking would admit that the protagonist of such a notch-making movie probably had to be a white, upper-middle-class, straight-passing boy.

But because de-centering queer representation from relatively privileged characters like Nick Robinson’s Simon has been as urgent a mission for many within LGBTQ circles as the vaguer, highly skewable goal of greater queer representation, Greg Berlanti’s film was derided by some LGBTQ detractors as too heteronormative and accommodating to the presumed unease of straight audiences.

With Love, Victor, a Hulu spinoff (originally developed for Disney+), Simon screenwriters Isaac Aptaker and Elizabeth Berger got the chance to tell a less familiar queer tale. “Dear Simon,” writes high-school sophomore Victor (Michael Cimino), who has just moved to Atlanta from Texas with his religious, working-class Latino family, “Screw you for having the world’s most perfect, accepting parents [and] the world’s most supportive friends, because for some of us, it’s not that easy.”

After starting at Simon’s school, Victor ends up on the same ferris wheel where Simon got his first kiss at the end of the film. Despite the callback to the film’s most memorable image, Victor tells his new pen pal, “My story is nothing like yours.”

He’s wrong. Love, Victor shares many of the strengths, and unfortunately even more of the timidity, that divided Simon‘s audience. This is, after all, a gay coming-of-age narrative in which the protagonist, who’s revealed to be queer from the get-go, spends most of the debut season in a relationship with a girl. He reads up on non-hetero identities online, but his curiosity never takes him to the most obvious destination for an adolescent exploring his sexuality on the internet: porn. If he’s wrestling at all with the ugliness of internalized homophobia, we’re not privy to his thoughts. Victor is simply too courteous to come out, lest he upset his parents (Ana Ortiz and James Martinez) when they’re already going through a rough patch.

Yes, Love, Victor is aimed at a younger audience. But the surface-level struggles that Victor undergoes — which, like Simon’s, seem more about fitting in and giving up the relative privilege of passing as straight — mean the series misses out on a more resonant story about the specificities of the character’s fears of coming out, as they pertain to his faith, his relationship to his parents or his self-image (particularly as a popular, clean-cut athlete).

Newcomer Cimino isn’t able to provide the depth lacking in the scripts, which give their protagonist little interiority beyond the terror of being found out. (Victor likes basketball and… buff arms? After 10 episodes, I couldn’t really tell you more about him than that.) At least the scenes between Ortiz and Martinez — familiar faces from Ugly Betty and One Day at a Time, respectively — occasionally transcend their bare-bones material. But the highlight of the season belongs to a detour episode to New York, where Victor hopes to finally meet Simon, and ends up encountering a group of queer urbanites who expand his pre-conceived notions of what “gay” people look like.

With Love, Simon, Aptaker and Berger did boast a proficient grasp of well-paced plot machinations. The writing partners, who also serve as the showrunners for NBC’s This Is Us, manage to satisfyingly land several tear-soaked moments in the latter half of the season, as Victor becomes more confident in his desires, which mostly center on impossibly perfect Benji (George Sear), the only out student at their school.

But much of the on-ramp en route to that fun cluster of conflicting crushes feels interminable, made all the duller by wan characterization and after-school-special lessons. If the point of Love, Victor is that a gay Latino boy’s coming-out story can be just as dull as Simon’s, well, mission accomplished.