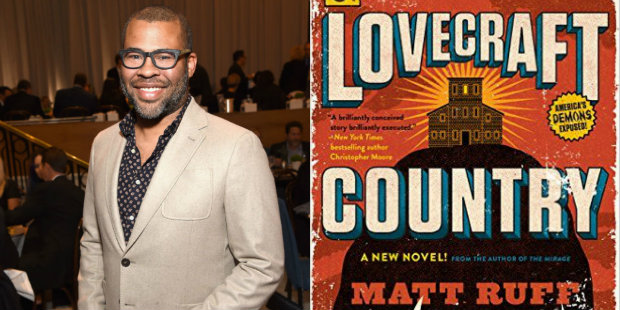 Penned by Green based on the 2016 novel by Matt Ruff, Lovecraft Country follows Atticus Freeman (Majors) as he joins up with his friend Letitia (Jurnee Smollett-Bell) and his Uncle George to embark on a road trip across 1950s Jim Crow America in search of his missing father. Thus begins a struggle to survive and overcome both the racist terrors of white America and the terrifying monsters that could be ripped from a Lovecraft paperback.

Williams will play Montrose Freeman, Atticus’ father. Hard headed and secretive, he’s always believed you can’t live in a fantasy world, which is why he despises his son’s pulp novels. Most of the books on his shelf are nonfiction, history, and political theory. The guys at the local bar call him a communist, but today we’d just call him conscious.

Peele and Green executive produce, along with Bad Robot’s Abrams and Ben Stephenson, David Knoller and Yann Demange, who directs the first episode.

Williams has a long history with HBO, having starred for five seasons as Omar on critically praised series The Wire, and co-starring as Chalky White in Boardwalk Empire. He was most recently seen in HBO’s The Night Of in the role of Freddy Knight, for which he received his second Emmy nomination for Best Supporting Actor in a Limited Series or Movie. Williams previously received an Emmy nomination for Outstanding Supporting Actor in a Limited Series or a Movie for his role as Jack Gee in HBO’s Bessie. William’s other TV credits include Sundance Channel’s Hap & Leonard, the ABC limited series When We Rise from Dustin Lance Black and Gus Van Sant and the IFC comedy mini-series The Spoils Before Dying. His upcoming TV projects include Ava DuVernay’s Central Park Five, and in film he’ll be seen in Gideon Raff’s Red Sea Diving Resort and Warner Bros’ thriller Motherless Brooklyn. Williams is repped by WME, Silver Lining Entertainment and Jackoway Austen Tyerman