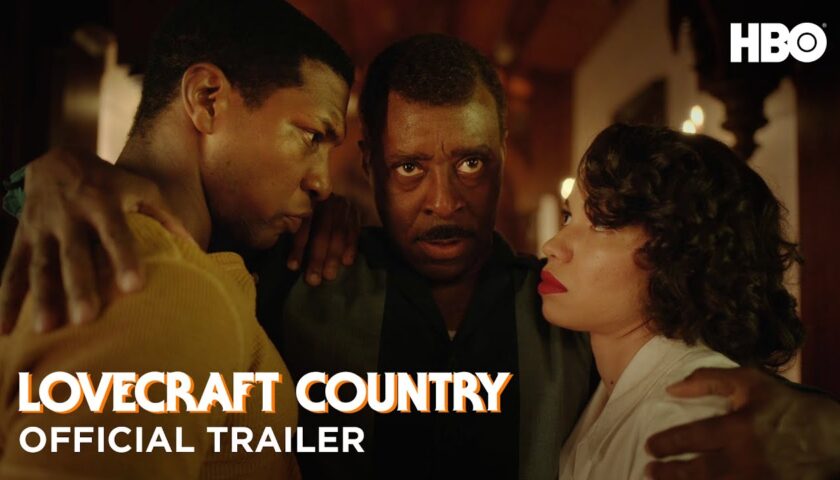 Early on in Lovecraft Country, main character Atticus Freeman (Jonathan Majors) says that sometimes we have to learn to accept the deep flaws of the work we love along with the good parts — to do otherwise would be dishonest. This line is more-or-less the entire basis for Misha Green’s show, which attempts to embody the contradiction of loving art made by prejudiced people — specifically, H.P. Lovecraft. A foundational figure in fantasy fiction, the fearsome and unimaginable monsters he created, collectively referred to vaguely as the ‘Other’, were heavily informed by his racism and homophobia.

Based on Matt Ruff’s novel of the same name (and produced by Jordan Peele, who is facilitating a whole raft of new horror focused on Black experience), the show seeks to confront these prejudices, its pulp fiction directly tied into its portrayal of the horrors of racial segregation in America enforced by Jim Crow’s laws. With rising stars Jonathan Majors (Da 5 Bloods) and Jurnee Smollett (Birds Of Prey) in the lead, the first episode shows a lot of promise, patient and sharply focused in its combination of monstrous racial violence with unearthly monsters. Atticus’ complicated love of Lovecraft’s books is quickly forgotten and replaced by a thorny relationship with his father, but it’s a moment that acts as the thesis for the show, to confront the genre’s racist roots and the landscape that enabled that hatred.

Lovecraft Country applies this idea of white gentrifiers as otherworldly horrors across a number of separate tales that branch off from its main narrative, as the deep-seated racism of Lovecraft’s horror here manifests as antagonists to the characters. Showrunner Green leverages Lovecraft’s idea of the ‘Other’ to accentuate the real horrors that acted as the foundation of America; monsters appear after dark in a so-called ‘sundown county’ (aggressively segregated all-white community), ghosts of previous owners emerge in a house in a hostile, predominantly white suburb. But the most nightmarish moments are the real ones, set in the show’s Jim Crow context. It’s not all miserable — Atticus and friend Letitia (Jurnee Smollett) are funny and charming, and at least get to sometimes bear witness to their white adversaries falling victim to horrifying retribution.

Unfortunately, the most interesting stories become lost amongst a flat main plot that spins out of the road trip (no spoilers), exacerbated by some variable performances and deflated by anachronistic needle-drops that are embarrassing at worst (a moment of violence immediately loses its bite as a Cardi B track plays), unimaginative at best (‘Money’ by Leikeli47 plays upon a character entering a bank). It’s incredibly uneven, each episode swinging from eye-rolling silliness to genuinely compelling schlock and back again. It’s a shame, because when the show isn’t fumbling through that main story, it lands on some truly striking moments, often without even shedding a drop of blood.

Majors and Smollett are at least compelling, the latter outdoing many a modern-day scream queen, acting with a perfect balance of believable vulnerability and aspirational strength. The horror set-pieces they become trapped in are also impressive in their gross-out gore, as tension from the hostility of the white gaze upon these characters eventually explodes in a cacophony of bloodshed and viscera — at least, when Lovecraft Country is at its best.

Lovecraft Country doesn’t live up to the promise of its first episode. Its main arc feels like a distraction from the power of its more standalone episodes, which perfectly match Black experiences to the horror genre where they are often sidelined.