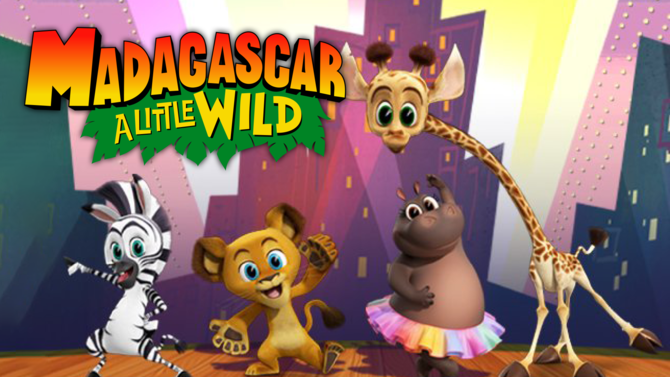 If we could go back in time in one franchise to trace their complete character arc, this would be it. The fan-favorite ‘Madagascar’ is returning for a spin-off series with its Technicolor and vibrant foursome Alex the Lion, Marty the Zebra, Gloria the Hippo, and Melman the Giraffe. ‘Madagascar: A Little Wild’ will feature its on-brand original songs and adorable adventures of the Central Park Zoo, who, though little and wide-eyed, still have big dreams not unlike anyone who lands in New York City. Here’s everything we know about this much-anticipated series. Read on.

Hulu is all set to bolster its kid programming slate with the premiere of ‘Madagascar: A Little Wild’, alongside ‘TrollsTopia’, and ‘The Mighty Ones’ in 2020 as part of its multi-year deal with DreamWorks Animation. Capturing the iconic personalities of the four dynamos, Madagascar: A Little Wild season 1 is releasing on 7 September 2020 on Hulu and Peacock TV. Maybe 2020 isn’t a total bust after all.

Madagascar: A Little Wild Season 1 Cast: Who is in it?

With a bunch of incredibly talented actors of the likes of Chris Rock, David Schwimmer, Ben Stiller, Jada Pinkett Smith, lending their voices to these characters in the Madagascar franchise so far, executive producer Johanna Stein (‘Kung Fu Panda: The Paws of Destiny’) and co-executive producer Dana Starfield (‘Monster High: Welcome to Monster High) have confirmed that Shaylin Becton, Tucker Chandler, Luke Lowe, Amir O’Neil, Jasmine Gatewood, and Eric Petersen have been locked to be the voices of Alex, Gloria, Melman, Marty, Kate, and Ant’Ney respectively.

What is Madagascar: A Little Wild About?

‘Madagascar: A Little Wild Season 1’ will give the viewers a comprehensive look of Alex, Marty, Melman, and Gloria’s backstory and how their childhood played a key role in evolving these characters into their adulthood as we know them. From the moment these characters landed on the infamous island deep in the Indian Ocean, fans have been enthralled by their unlikely friendship and globetrotting adventures. This spin-off will be providing them a window into their formative experiences, which is sure to move you to tears of joy.