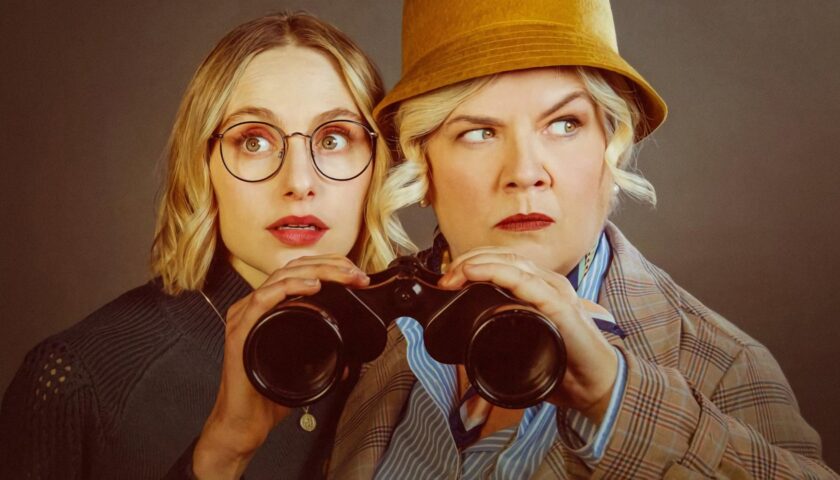 Have you heard of Mapleworth Murders? It’s actually pretty good, which is surprising because it’s on Quibi. Of course, that means the bar is already set so low, it basically just had to show up and not be a flaming pile of dog poo (not you, Reno 9-1-1). However, it’s much better than any other Quibi fare simply by virtue of its cast and creators; in case you weren’t aware, this show is basically a “who’s who” of Saturday Night Live social circles. I mean, it has so many names attached you’d think it’s your mother’s Rolodex from back in the day. Tina Fey, Maya Rudolph, Paula Pell, JB Smoove, Tim Meadows, Patton Oswalt, Fred Armisen, and Wanda Sykes? I would have been absolutely crushed if this cast let me down, and luckily they did not.

The entire cast is perfection, from Pell as the titular Ms. Mapleworth to Hayley Magnus as her niece Heidi. Of course, the main performances are great, but where this really stands out is the bit parts and cameos. I mean, D’Arcy Carden as a sardonic waitress? Sign me up. Andy Samberg doing b-boy moves during a performance with his family folk group? Yes, please. And Fey singing dirty church hymns is just everything I need in life right now. The show is wacky and strangely wholesome… in a very dirty way. Dirty wholesome? Wholesomely dirty? Most of the jokes revolve on sexual innuendo-laden humor and wordplay, but in an oddly classy way. I know, it sounds like an oxymoron, but the jokes don’t get too gross or trashy, yet, they’re still dirty and funny. It is wholesomely dirty, like when Bob’s Burgers makes an innuendo.

It really hits its stride in the third episode when the first murder of the series is solved – no spoilers, but it’s charming and imaginative and wholly fantastic. I am legitimately bummed that I have to wait for more episodes to come out now, and can’t just binge it all in one sitting. That’s how much I enjoyed this series.

I frequently get frustrated with Quibi’s format, but it actually works in this case. It’s serialized but with a clear overarching mystery that keeps the viewer interested and coming back. And come back I certainly will. I’m not even sure this success is on Quibi, but I’ll give them the benefit of the doubt and congratulate them on this success. I think the praise lands more on writers Pell and John Lutz, producers Lorne Michaels and Seth Meyers, and the entire cast and crew – this series is charming and proves that even a broken clock is right twice a day. Well, maybe only once in Quibi’s case…