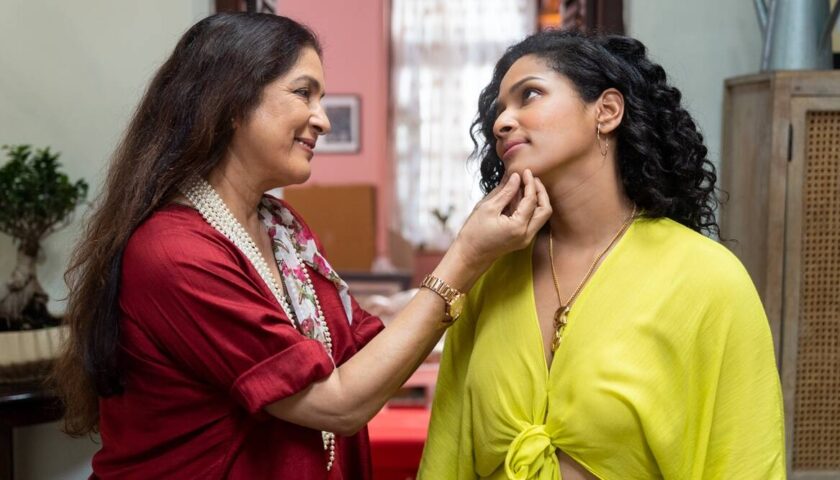 Films/web series are nothing but reel representations of the real-life. Director Sonam Nair has carved a niche for herself in making realistic yet commercial cinema (Gippi, Khujli). Her penchant for realistic storyline continues with Masaba Masaba. Although Masaba Masaba is a fictional version of events, Sonam Nair along with co-writers Nandini Gupta, Anupama Ramachandran & Punya Arora highlights Masaba Gupta’s life after the exposure to fame and success by keeping the narrative engaging throughout. There are many occasions wherein director Sonam Nair could have just lost control and gone over the top but she restrained the storyline convincingly. Kudos to her for coming up with a series that enlightens, motivates and entertains you!

Director Sonam Nair brings alive everything you’ve read in newspapers or watched on TV as an outsider, to the celluloid. And that works and how! But let’s not give the subject material all importance, for Sonam Nair’s handling of the subject is exemplary.

But there’s a hitch which tones down the impact to some extent. Masaba Masaba starts meandering in the middle and the drama seems forced. But the series gathers steam during the closing stages, with Sonam Nair handling the culmination with adroitness.

Masaba Masaba is debutante Masaba Gupta’s show all the way. Every emotion, every sentiment is projected with sheer brilliancy. Neena Gupta is incredible. She arrests the viewer’s attention whenever she appears on the screen. Neil Bhoopalam leaves a solid impression. The other characters get less screen space, but they are clearly etched nonetheless. Satyadeep Misra, Smaran Sahu, Rytasha Rathore, Sunita Rajwar, Suchitra Pillai and Harpreet Vir Singh are praiseworthy. Nayan Shukla is incredible. Way to go!

To sum up, Masaba Masaba’s subject – the behind the scenes working and drama of the fashion industry – is its USP. Watch it for its wholesome entertainment value and the efforts of the complete cast & crew! Netflix India and producer Viniyard Films have a winner on hands!