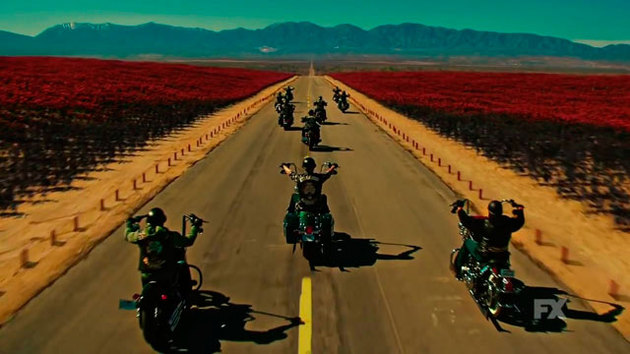 Review: “Sons of Anarchy” spinoff, “Mayans MC,” which is set to debut on FX in the fall, will be told from the perspective of the club’s latest prospect, Ezekiel ‘EZ’ Reyes (J.D. Pardo). In order to flesh out the world that the Mayans occupy, series co-creator Kurt Sutter wanted to “get the white guy out of the room as quickly as possible.” To do so, he recruited Elgin James, a mixed-race writer, filmmaker, and former member of the FSU, a Boston-area organization classified by several law enforcement agencies as a gang.

“When you’re a kid, doesn’t matter what culture you are, and you’re kind of disregarded and diminished, you want a family, and you want to be seen,” explained James at the ATX Television Festival Friday. “There’s certain ways to go about that, and the quickest one is obviously crime. We’ve done the same thing here.”

Sutter did confirm that today’s political climate will have an indirect influence on the new series’ storyline. For one thing, the show is now set in a similar community to the fictional northern California community of its predecessor, but this time located on the U.S./Mexico border.

Sutter also shared that the series will be set roughly three years after “Sons of Anarchy” ended.

“It’s a post-Jax Teller world. We talk a little about the ramifications of that final day with Jax that changed the fabric of northern California, and trickled down south,” he said.

The show will feature a mostly all-new cast, though Emilio Rivera, who played Marcus Alvarez throughout all seven seasons of “Sons of Anarchy,” was in attendance, and will be a regular cast member on “Mayans MC.”

“As much as I love my ‘Sons of Anarchy’ brothers, the short time I’ve been with my ‘Mayans’ brothers, I’m having the time of my life,” Rivera said. “One thing Kurt told me was on ‘Sons,’ he hired actors to play bada—s, and here he played bada—s to be bikers.”

When asked if any more “Sons of Anarchy” characters would be appearing in “Mayans MC,” Sutter played it a little coy, before explaining his intent to bridge the two worlds.

“We want to acknowledge where we came from, and those fans, and balance that with a show that’s original and different and doesn’t feel like the Latino version of ‘Sons of Anarchy,’” he said.