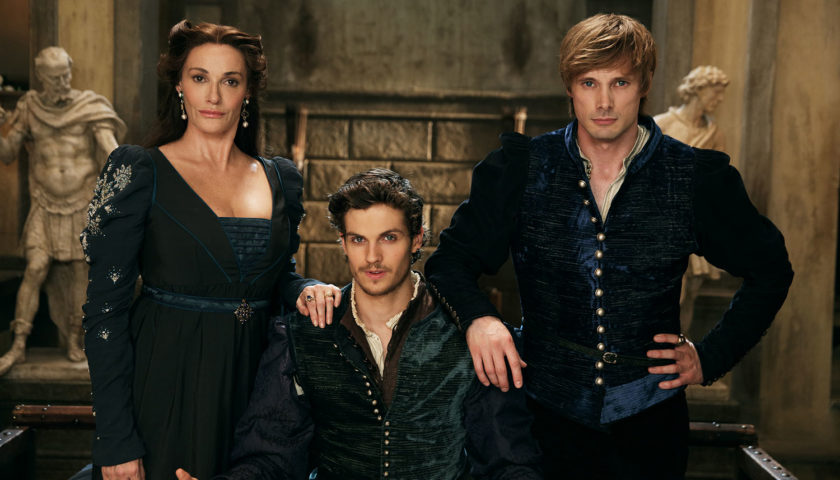 Review: The life of Lorenzo de Medici is widely associated with the golden age of the Renaissance. Politician, diplomat, magnate, he was also a patron of scholars, artists and poets. Who better, then, than Lorenzo the Magnificent, as he was known, to be at the centre of the next season of Medici: Masters of Florence.The series – Medici: Masters of Florence – The Magnificent to give it its full title – begins in Florence in 1469, when an attempt on Piero de Medici’s life forces his son, Lorenzo, to assume leadership of the family-run bank.

“Lorenzo the Magnificent is considered the greatest Medici of all,” says executive producer Frank Spotnitz of the Italian banking family and political dynasty. “He’s a remarkable guy who changed the course of history. It just so happens he was also the victim of one of the greatest conspiracies of all time. The drama is just irresistible. Assassins set upon Lorenzo and his brother in church during mass – you don’t have to make it up, you just have to try to do it justice. It’s an incredibly obvious, juicy target for a series. Why hasn’t anybody done this before?”

“This is a completely different; it’s not even season one and season two,” he asserts. “Every actor changes because we’re now in the middle of the Renaissance, so there’s more colour, more light, the costumes have more colour. And because we were surprised by the presence of a young audience who watched the first season, we are looking to this audience even more on this season because this story is really about a young group of people getting the power from the old nobles.”

To build on the young following of the show, the Medici producers also sought a young actor to play the role of Lorenzo, who was just 16 when he entered political life and assumed power four years later on his father’s death, in 1469. He went on to rule Florence until he died in 1492.They found Lorenzo in the shape of London-born actor Daniel Sharman, who has played roles in Teen Wolf, The Originals and, most notably, Fear the Walking Dead. His co-stars include Bradley James, Sean Bean and Sarah Parish.

“You have geniuses being born within 30 or 40 years of each other, where all these influences were within this tiny geographical point. This series is dealing with that moment, that incredible alchemy. I didn’t have to be pitched it, I just had to research that time and my job was just to do it justice. You get out of the way of making it more dramatic than it already is.”
Sharman researched the period before the scripts — a move that he says paid off, because otherwise, “I never would have believed it was true,” he says. “Then I went down the rabbit hole of wanting to know everything about this family and about everything that influenced it and what it influenced.

“You get Machiavelli, Michelangelo, Botticelli, Leonardo Di Vinci – these are heavyweights of the world, and it’s all in the script because it’s a truly glorious time. I was working in Mexico at the time [he got the role] and was listening to a lot of audiobooks and reading and then I was in Africa reading this biography of Lorenzo. I’ll never forget being in the back of a truck in Uganda just becoming overwhelmed by this amazing period.”