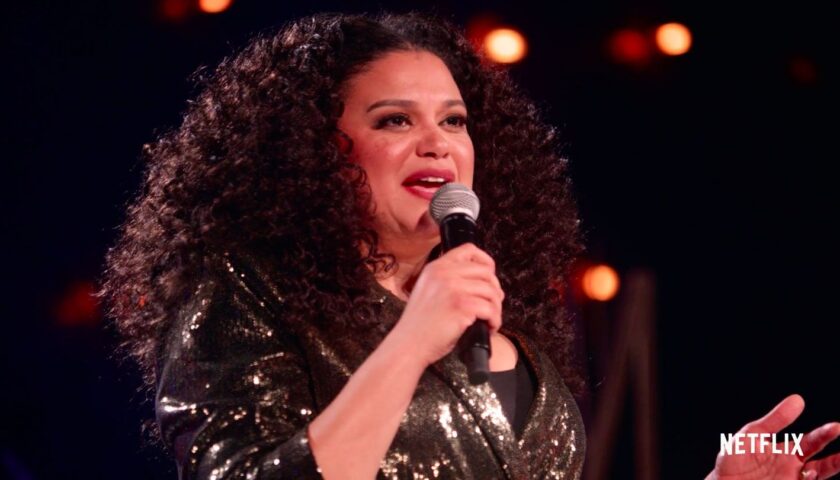 Comedian Michelle Buteau has a new Netflix gig — a stand-up special, titled Welcome to Buteaupia — and the streaming network dropped the first trailer today. Taped at New York City’s Sony Hall in early March, back when you could still do that sort of thing, Welcome to Buteaupia marks the comedian’s hour-long stand-up-special debut and features Buteau performing “a dynamic hour of comedy that delves into parenthood, cultural differences, and the overlooked value of short men. Her refreshingly honest approach reminds us to appreciate government workers named Otis and, most important, that character counts. In the trailer, Buteau tells the crowd that she discovered late in life that she’s the “achievable Beyoncé for government workers. I don’t know about you, but I can make a government worker work a holiday. That’s power, bitch!” Later in the trailer, Buteau compares herself to another music legend. “My husband’s very sweet. You know, I’m from Jersey, and he thinks I sound aggressive all the time,” she says. “Like, I’ll be making breakfast, and I swear to God, I feel like he just hears DMX: ‘HOW YOU WANT YOUR EGGS!?’”

Wanda Sykes is credited as an executive producer on Buteau’s special, which was directed by Page Hurwitz, who produced Tiffany Haddish Presents: They Ready. Welcome to Buteaupia debuts on Netflix in two weeks on Tuesday, September 29.