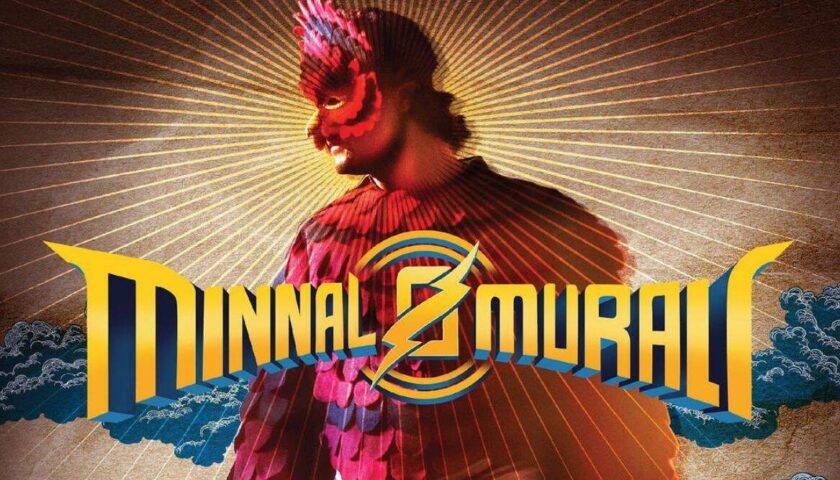 Hollywood is ruling the Superhero genre like no other cinema industry in the world cinema. Right from the 70s when they made Superman and later went realistic with the Batman Film during the late 80s. Marvel and DC both have sucked out everything possible in this genre from original adaptations to reboots to cinematic universe, even the biggest grossers recently belong to the same genre. Indian Cinema has remained far behind in that. We hardly have any memorable Superhero film except for that 90s nostalgia ‘Shaktimaan’ serial and Hrithik Roshan’s Krrish- a child born to Hindi adaptation of Steven Speilberg’s groundbreaking ‘ET The Extra Terrestrial”. It is sad to know that Indian Cinema is not just behind but it’s not even trying to crack the formula of Superhero Genre. From now onwards, we won’t be able to say that because Basil Joseph has just come up with something astonishing called ‘Minnal Murali’. What’s more surprising is that this film came from Malayalam Cinema which is a much smaller industry than Bollywood. Malayalam Cinema is simply unmatchable when it comes to content-driven cinema. Forget all time lists, just have a look at 2021. The Great Indian Kitchen, Drishyam 2, Operation Java, Aarkkariyam, Nayattu, Malik, Kuruthi, Home, Kurup and Kaanekkaane, Malayalam Cinema has ruled 2021 like no other cinema industry in India. I’m glad to announce that Minnal Murali has joined this elite club, just a week before year end.

Minnal Murali is Malayalam Cinema’s foray into Superhero genre with not so high budget. It’s a story about a young tailor Jaison (Tovino Thomas) who gets struck by lightning on a Christmas Eve and gains superpowers after the incident. On the same Eve, a heartbroken fella Venkidi goes through the same incident and gains the same powers. While Jaison uses those superpowers to transform himself into the superhero, Venkidi misuses the powers and the battlefield is set for a grand fight between good and bad. Despite the fictional idea of superpowers, Anirudhan and Matthew’s script stays close to reality. It has those conflicts we have in almost every superhero film over the years but still it keeps you engaged with that human-connect. It is a comedy film alright but not much spoofy about the same. Inhad few laugh but not memorable ones.

Performances in the film uplift the quality of the product. Tovino Thomas is so much into the character that after an hour or so you start believing in him as a superhero. Guru Somasundaram presents the best heroic villain you’ve ever seen in Indian Superhero films. He isn’t bad because he loves being an antagonist, he becomes bad because people made him so. That intelligent writing piece gives credibility and reliability to his character. Aju Varghese, Femina George, Harisree Ashokan, Mammukoya and Baiju Santosh add their support in this superbly balanced cast. Minnal Murali is 160 minutes long, which is little bit more than expected but as we know it is coming on Netflix, you don’t really mind about the runtime. Surely, it could have been 15 minutes shorter, especially in the first half.

What people seek the most from Superhero movies is Visual Effects and Minnal Murali scores first class grades despite a moderate budget. Had this film got a budget like ‘Bahubali’ and ‘2 Point 0’, the VFX team would have defeated all Indian films in Visual effects. The action scenes are so intriguing and have got so much intensity in it. The way Guru smiles arrogantly and Tovina looks helpless in front of him, its a great example of how perfect one cinematic frame can be during a big action sequence. Mind-blowing! Basil Joseph has made a visual spectacle with great cinematic sense. The saddest thing that happened to Indian cinema in 2021 is that Minnal Murali was not released on the big screen. This one is a big-screen phenomena. Having said that, it’s not gonna make much difference for true cinema lovers who really understand the cinematic aspects of filmmaking. You know Visual grandeur isn’t everything, there is a lot more beyond that and you will get to learn that while watching this impeccable superhero drama by Basil. Undoubtedly, the Best Indian Superhero Film so far, and one had to work really hard to surpass it. It’s really appalling to know that Malayalam Cinema has made such a fabulous movie without the help of the biggest production banners of India. Truly an Astonishing Achievement for Mollywood but more than that, it’s a new beginning for Indian Cinema in the Superhero Genre. Please give a grand welcome to the new Indian superhero, he deserves it more than those typical commercial potboilers.