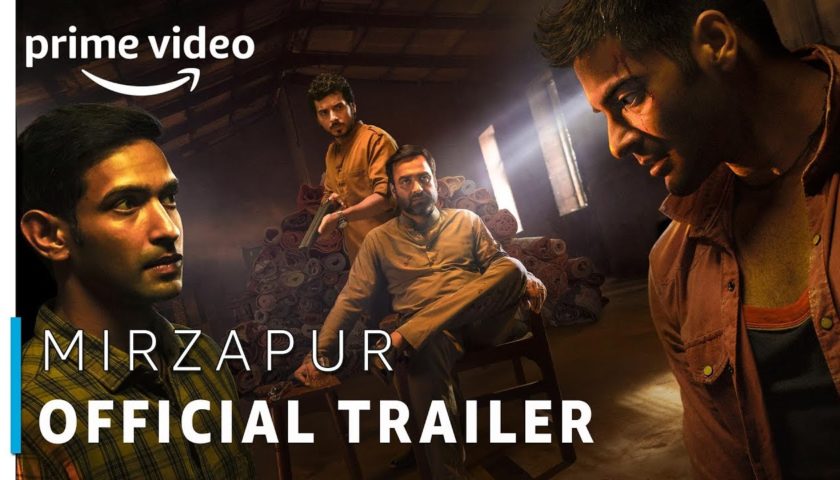 Review: Amazon Prime Video has revealed the banner of upcoming web series Mirzapur. Produced by Ritesh Sidhwani and Farhan Akhtar’s Excel Entertainment, this is the second web-series the production house and streaming giant will release after Richa Chadha-Vivek Oberoi starrer, Inside Edge.

Sidwani shared the banner teaser on Twitter with a caption that reads ‘Welcome to Mirzapur’ in Hindi.

A gangster saga based in Benaras, Mirzapur stars Shweta Tripathi and Ali Fazal in lead roles. Mid-Day had reported that Pankaj Tripathi and Vikrant Massey will also be seen in the show. Helmed by Inside Edgedirector Karan Anshuman, all episodes have been shot in Uttar Pradesh.

In a statement to News18, Tripathi had revealed some details of her character, “In Mirzapur, I play the character Golu Gupta, the younger sister whose world lies in books. She’s a confident girl from Mirzapur who believes in living and doing things her way. Straightforward and honest, she doesn’t mince her words while talking.”

Fazal’s last release was Rucha Humnabadkar directed For Here Or To Go? alongside Rajit Kapur while Tripathi was last seen opposite Nawazuddin Siddiqui in Haraamkhor.