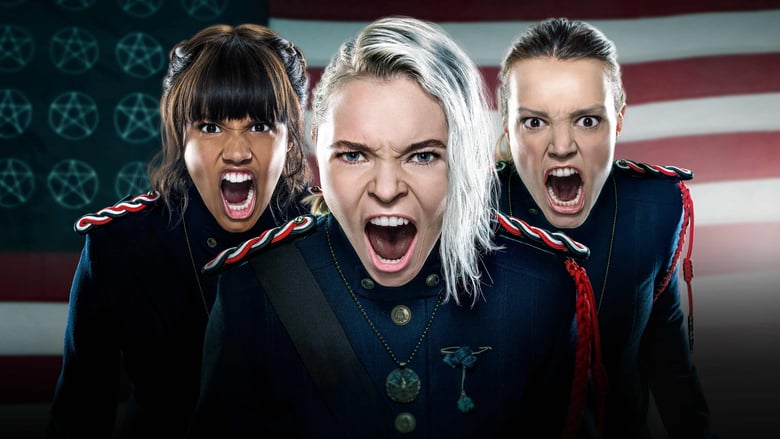 Witches, despite their increasingly glamorous status in pop culture, have long been symbolic of people’s preconceived notions and fear of othered people, particularly women who deign to seize their own power (literal or otherwise). Women suspected of witchcraft and women who practice witchcraft have met terrible ends as they fought for the right to be taken seriously on their own terms, and for their lives. Witches have a fascinating, terrible history in this country that is rooted in having to navigate and outlast a system that would love nothing more than to stamp them out for good.

Anyway, “Motherland: Fort Salem” is nowhere near as nuanced or interesting as all that. Instead, the self-righteous new Freeform drama makes the baffling decision to tell an alternate history in which witches negotiate an ending to their persecution by the government by agreeing to form an elite and ruthlessly effective branch of the U.S. military. The rules of enlisting are vague and arcane; the mythology strives for epic, but is too bewildering to register as anything other than silly.

The main trio of new witch recruits — snobby Abigail (Ashley Nicole Williams), kind Tally (Jessica Sutton), and lightly rebellious Raelle (Taylor Hickson) — do their best to keep things grounded in personal drama with fairly engaging performances. But they get stuck with lines even the “Divergent” franchise, itself a Frankenstein amalgam of other more defined teen dystopias, might have dismissed as a bit on the nose. The young witches sound far more like an idea of what adult writers believe young women are like than the reality of it. (“Motherland” is created by writer Eliot Laurence, and five of its six exec producers are men.) In one particularly weird episode, their branch’s all-male counterpart comes to visit, at which point the commanders encourage all the young witches to flirt and — wink, wink — whatever else comes to mind. The way the women behave when around any man, again, is so basic and clichéd that there’s no fun in any of the ensuing sexy shenanigans at all. It’s just strange that, for a show that hinges on the idea of an all-powerful matriarchy, “Motherland” leans so hard on such warped assumptions of female behavior.

There are some decent attempts to tie the show’s wild premise to history, including a consistent emphasis on family trees, revised iconic wartime images to make room for heroic witches, and making Abigail the descendent of a legendary soldier (though she was a former slave who was somehow inspired to fight for the country that enslaved her). The one real attempt to reckon with the idea that some witches might not love being enlisted to use their powers in warfare results in a jarring throughline about a terrorist witch organization called “the Spree,” but it largely functions as a concrete bogeyman on which the witch military can focus its energy.

Watching “Motherland,” it’s clear that the team worked to make the show and its darker themes stand out among all the other largely Technicolor offerings on Freeform. Even the look is distinct, with many scenes awash in orange streaks of daylight that make the show feel like it’s one match strike away from going up in flames. All told, though, “Motherland” combines too many ideas in order to make one wildly confusing show that, despite its insistence otherwise, struggles to understand what “empowerment” actually means.