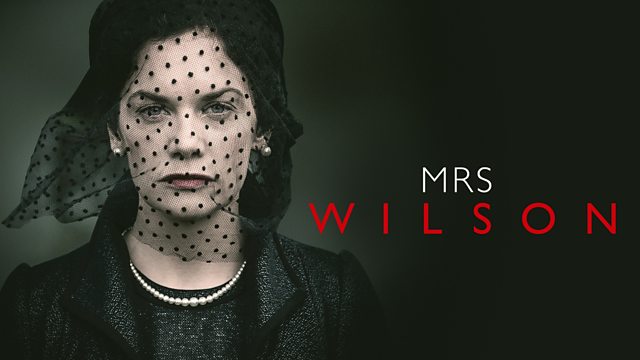 Review: I’ve never really considered what it might be like to play one’s own relative in a television series, although thinking about it now it would probably be like playing a very lovely woman who is nonetheless a little bit racist. But that’s nothing compared to what Ruth Wilson has to endure playing her real-life grandmother, Alison, in the BBC’s new three-part miniseries Mrs Wilson. (The surname similarity between us is, as far as I know, coincidental.) In early-60s London, Alison finds her husband, Alexander (Iain Glen), dead of a heart attack, which is traumatic enough even before she then finds several other lives and wives that he was maintaining as well.

It’s all very confusing, really. Alec was a spy and, in peacetime, a writer of potboiler novels, but he was also quite clearly a philanderer of epic proportions, and there were so many skeletons stuffed in his closet that it’s a wonder he could find a shirt. It only takes a couple of days for Mrs Gladys Wilson (Elizabeth Rider) to arrive on Alison’s doorstep, and while both wives were vaguely aware of one another, neither assumed that Alec had remained married to both. That’s not even the half of it, either.

Occasionally Mrs Wilson flashes back to the forties, where Alec is away for long stretches doing what is presumed to be spying. He has a talent for forging paperwork and making shit up, which I suppose is spy-like enough. But there’s also some discrepancy around his date of birth, so back in the 60s his funeral in especially bizarre, even without the fact that there are two different families attending it.

Alison has children to Alec (one of them is seen to be born in the maternity ward reserved for skint people) and so does Gladys. Keeley Hawes is somehow involved, though we’re not sure in entirely what capacity yet. There are bewildering revelations at every turn, and it’s very easy to forget that what you’re watching is based on reality, and that for Ruth Wilson, who somehow meets every loathsome twist with admirable poise and touching vulnerability, this stuff is rather close to home. That it seems too soapy to be believed is probably the entire point. I’ll tell you what though – it makes for great telly.