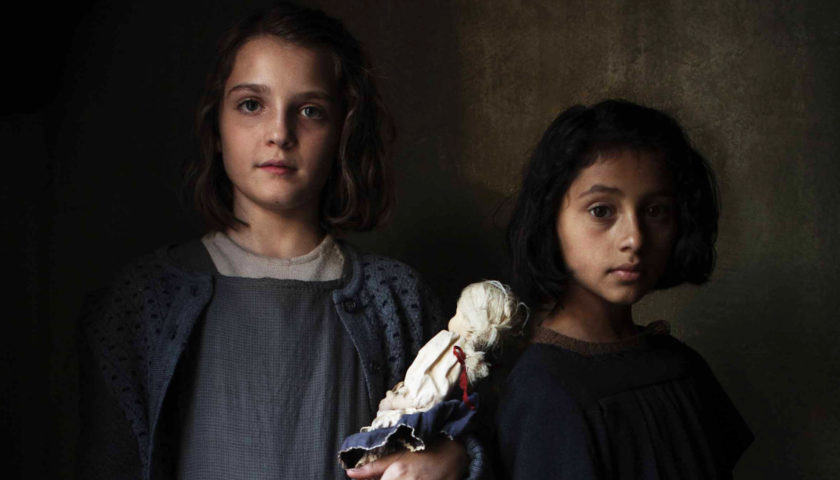 Review: The many admirers of Elena Ferrante’s novel “My Brilliant Friend” — the first in her smash series of four books about a pair of Neapolitan women moving through life — likely have two questions about the Italian-language TV adaptation. The first is how faithful it is to the source material, and the second is how well it matches the novel’s effortless ability to move within its protagonist’s mind, tracking subtleties of emotion.

The answers are mainly good news: In the limited series’ first two installments, screened at the Venice Film Festival Sept. 2 before a November bow on HBO, the story closely tracks the movement of the novel. And while achieving the internality of the book is too high an order for this series, its ability to conjure up the world of children confused at the happenings around them is its own achievement. “My Brilliant Friend” is an impressive effort, a translation of novel to screen that preserves certain of its literary qualities while transmuting others into moving and effective TV.

Elena (Elisabetta De Palo), seen briefly in a framing device, receives a call that her old friend has gone missing, and, knowing that this disappearance had been a long time coming, finally sits down to write the story of their intertwined lives. We shift back in time to the dusty and sun-drunk Naples of the 1950s, where Elena (played as a child by Elisa Del Genio) spent her girlhood, in the perpetual company of the bright but troublesome Lila (Ludovica Nasti). Later in the series, we’ll see them as teenagers.

As we see young Lila throwing crumpled paper at teacher’s-pet Elena, De Palo’s voice intones, “She impressed me at once because she was so bad.” The voice-over device seeks to accomplish the same thing as did the narration of the novel, documenting every childish thought with the wisdom of adulthood. But this device is less than necessary. Young Del Genio and Nasti have the unforced chemistry of the kids from “The Florida Project,” the last great entertainment about kids left largely unsupervised. And their frolics in a community whose rules they barely understand make far more potent points about the innocence of youth, and how it falls away, than the voice-over ever could.

In one striking scene, the pair are reading “Little Women” together as a fight breaks out; the viewer has been able to track the complicated social dynamics leading up to it, but to the children, it’s just noise, one among many interruptions that must be endured as a part of a childhood ending too quickly.

The book conveys this loss through the voice of an adult reminiscing; the series has to rely on very young performers. And Del Genio and Nasti are both brilliantly directed by Saverio Constanzo; Nasti, flickeringly mischievous, is brightly alive even in moments of abuse that startle even more on the screen than on the page. Her will to rebel comes with the barbed knowledge she’ll be slapped down for it; in a moment of startling physical abuse, she grins triumphantly, as strong of mind as an adult woman and just waiting for her vulnerable body to catch up. And Del Genio is appropriately baleful; she seems to be mourning her childhood even as she’s in it, haunted by the knowledge of the woman she’ll become. It’s a performance that serves the notion of reflecting back on one’s own history; young Elena may not be wise, exactly, but she’s attuned to currents of pain in the story beyond what a child might be capable of.

The whole production serves a similar purpose: The corner of Naples in which Lila and Elena grow up is picturesque even as it’s cruel, refracting the tough corners of memory through the lens of nostalgia. And the parents are appropriately sidelined, emerging at the moments of highest tension — just as they do in memory.

At times, the series’s faithfulness to the story seems a bit like an anchor. The voice of adult Elena is useful in diagramming social connections within the town, but these might have been more effectively communicated simply by allowing us to experience what the young girls do.

But these are small complaints about a show whose lush production holds within it more than initially meets the eye. With two talented young performers at its center, “My Brilliant Friend” is a journey in which children, seen in retrospect, seem as knowing as adults. That the adults around them are as garrulous and impulsive and violent as children will only make these two wise creatures’ experience, one already cherished by readers the world over, all the more memorable.