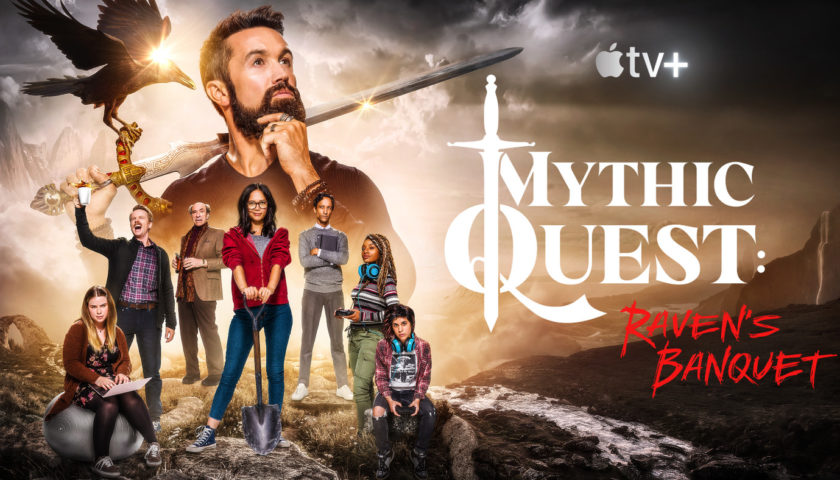 I’ve been an ‘Sunny’ fan for a while now and I love how Charlie Day and Rob McElhenney have developed a very specific narrative style (which basically consists in people with poor social skills yelling at each other for 30 minutes straight) and they still manage to make the characters likeable.

I love workplace sitcoms, but man, they’re risky! Mythic Quest feels fresh, yet familiar and close from home, though. Comparison is unfair, yet inevitable, so I would introduce this show to new audiencies as a slightly more optimistic and heartwarming version of ‘Sunny’ in which, yes, they are still cynical and a bit selfish, but there is definitely some room for some interesting character development to unfold. The writers are nailing it, and the show gives me some Community vibes, which is great. Writing jerks with hearts of gold who can grow up and shine through little moments of empathy and true affection is new territory for Day and McElhenney, who’ve been writing unredeemable sociopaths for 15 years.

Megan Ganz, the third creator of the show, who’s responsible for some of the best episodes of Sunny late seasons (Time’s Up For The Gang) is a true genius and I’ll assume that some of the boldest choices of the show are hers, such as the potential love storyline between Rachel and Dana, as Rob and Charlie have never cared much about romantic plots, and the very existence of a diverse cast per se. Kudos. I assume this is going to upset some audiences, but it didn’t feel forced to me.

David Hornsby, an awfully underestimated actor, is amazing as a guy with good intentions and no management skills. Charlotte Nicdao is amazing and Jessie Ennis (Jo) is HILARIOUS. Absolutely love Danny Pudi and the Carol from HR easter egg on the pilot!