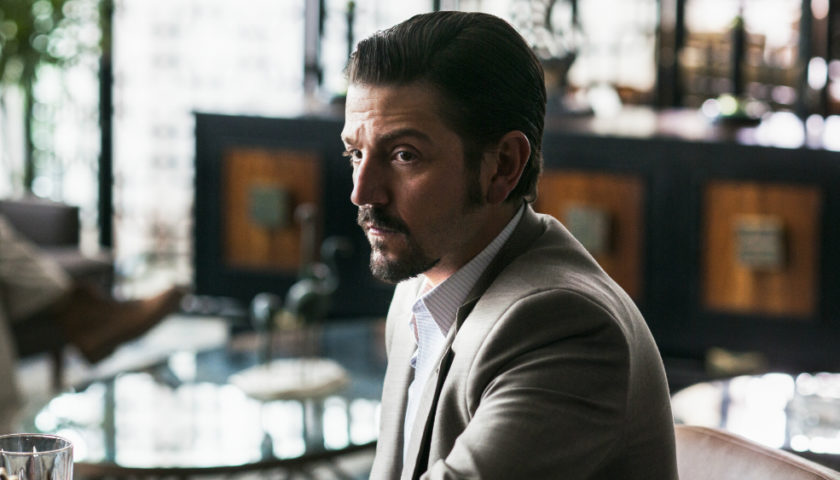 Review: In today’s roundup, Netflix offers a glimpse of Diego Luna and Michael Pena in “Narcos: Mexico,” while Jillian Bell signs onto Ben Schwartz’ “The Wrong Mans” at Showtime.

Coming to Netflix later this year: “Narcos: Mexico” has released first look images of Michael Pena and Diego Luna in the series’ shift away from Colombia after three seasons. Launching as a new original for the streamer, “Narcos: Mexico” will explore the origins of the modern drug war by going back to its roots with the rise of the Guadalajara Cartel in the 1980s. Luna will star as Miguel Angel Felix Gallardo, the leader of the cartel and founder of the modern Mexican drug trade, while Pena plays a family man and undercover DEA agent Kiki Cameron.

Jillian Bell (“22 Jump Street“) has snagged a lead role in Showtime‘s half-hour pilot “The Wrong Mans.” Produced by and starring Ben Schwartz,  the action-comedy series revolves around two ordinary office workers whose menial existence is turned upside-down after a chance phone call and a case of mistaken identity. James Corden, who also serves as a writer on the series, is an executive producer alongside J.J. Abrams.

Netflix has dropped the first trailer for “All About the Washingtons,” an autobiographical family sitcom following “King of Hip-Hop” Rev Run as he decides to retire from the biz. Justine Simmons co-stars with her husband in the series slated for release on August 10. Watch below.

Allied Integrated Marketing has tapped Amy Prenner to serve as Senior Vice President, National Publicity in its Los Angeles office. She will manage publicity efforts for the agency’s film, television, streaming, and brand clients in addition to overseeing Allied’s National Publicity teams in Los Angeles and New York. “After running my own company for over a decade, I’m thrilled to be joining Allied’s team and I’m excited for the opportunity to collaborate with so many talented individuals,” said Prenner.