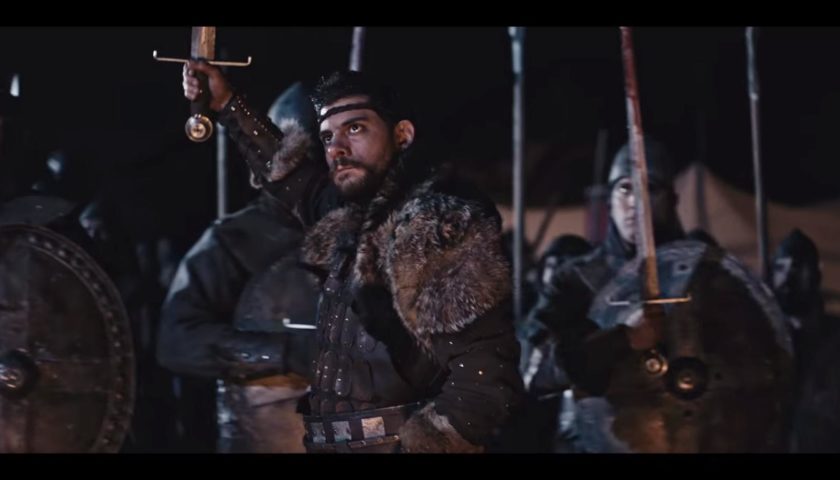 Review: Suffers from mediocre script, direction and acting. Actors are unconvincing. Granted the material they have to work with isn’t the best (to say the least) but they lack energy and passion. Dialogues can be cringe worthy at times. It feels like the show is expecting to create tension and emotional involvement by merely being set in the time when medieval Serbian state was being created. Characters lack any development and appear to be nothing more but a bare bone recreation of historical characters, which is very weird since important historical events like battles are merely hinted at or shown in the background, while majority of screen time deals with character interacting with one another.

Cinematography is great and really puts you in the mood, but it alone isn’t enough to make you emotionally involved, even if you’re a Serb. For any non Serb, this is going to be extremely boring. Very little substance, all in all. It feels like the producers are expecting success simply because of the time period it is set in and money spent on cinematography. Hopefully it picks up, but beginning feels very underwhelming.

Theme and title was really promising, so as the scenery and costumes. But as soon as we meet family of Stefan Nemanja, his wife and kids, its becoming obvious this is a failure… failure in terms of communication between everyone, but especially between Stefan Nemanja and Ana, and their kids. There is too much gestures and mimics. The way of talking to each other is casual and lacks respect and seriousness of those times. Their dialogues seems like they are taken from American historical soap operas. Acting without depth and inner drama. Scenario and acting are being really superficial. To bad for something that had a potential to be a great historical, Serbian Orthodox Christianity and patriotic drama.