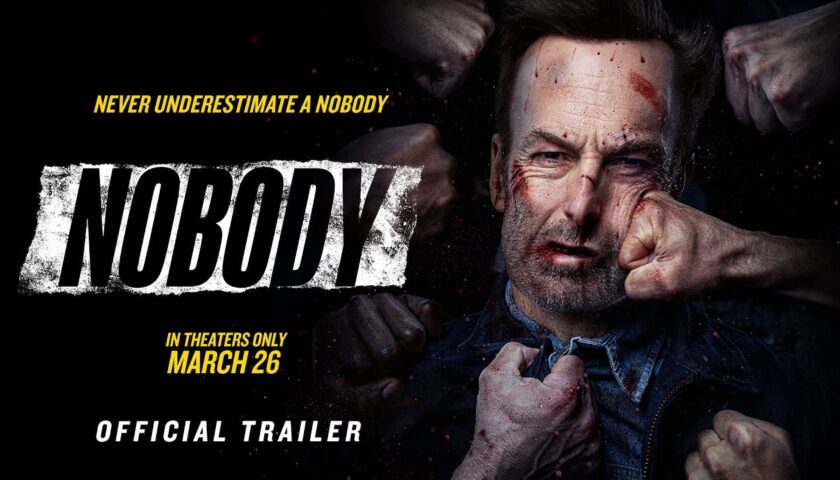 Nobody is an awesome action thriller film from the writer that did John Wick. About an auditor who goes after the Russian mob after they decide to put a hit on him and his family. The movie is a non stop thrill ride. And violent.

The plot is a basic generic story. Hutch (Bob Odenkirk) a regular family man. Who is getting bored with his life. Living day by day with life and work. When a robber breaks into his own. He lets them go. Which everyone thinks he is useless. When he comes across a group of Russian mobs that start harrassing a teen girl on a bus. Which he takes matters into his own hands. Drawing the attention of a mobs brother Yulian (Aleksei Serebryakov). Fun plot. About an ex auditor which Hutch used to attack bad guys for living. Making him an experienced assassin.

It is a fun direction with some humor from the likes of Bob Odenkirk. It does have some violent action sequences that will keep you on the edge of your seat. Violent shoot outs. Gritty fight sequences that some may leave you squirmish. It is not as great as the John Wick films. But still nonetheless entertaining. Shoot out scenes. Car chase. And action climatic scene where bad guys are being attacked with booby traps and creative ways.

Bob Odenkirk did great with the character. Taking on a action role. Along with Connie Nielsen playing his wife. And knows what he is up too. Christopher Lloyd also had fun playing his dad in the movie. Rza playing a mysterious handler to Hutch. Aleksei Serebryakov playing the villain as a generic russian mob.

Overall, a great action thriller that is entertaining. Violent. Fun. And Bob Odenkirk steals the show.