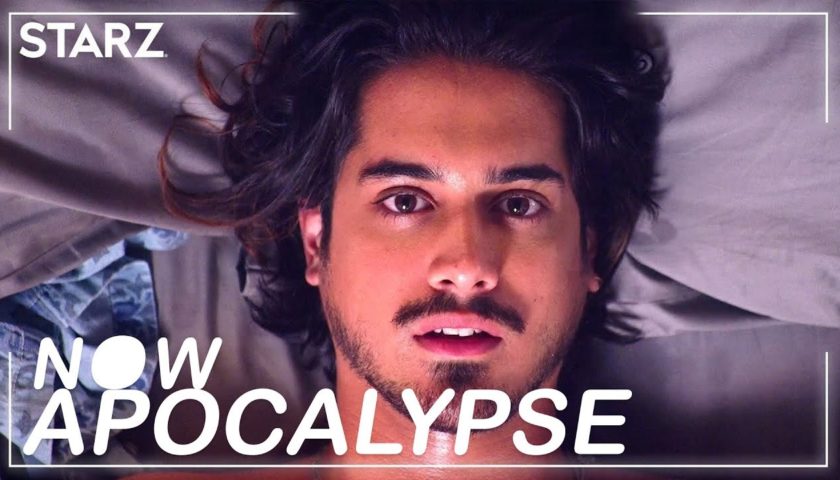 Review: The new Starz series “Now Apocalypse” represents a merger of sorts between the two sides of director Gregg Araki’s career. Between 1987 and 2014, Araki produced multiple cult hit movies — several of which premiered at the Sundance Film Festival — centering around an understanding of modern life, for young people, as fueled by the need for intimacy and the sense of impending disaster. (Not for nothing was his breakthrough film called “The Doom Generation.”) For the past few years, though, Araki has reinvented himself as a journeyman TV director, contributing episodes to series including “American Crime,” “13 Reasons Why,” “Riverdale,” and “Heathers.”

All of those shows, incidentally, take as their guiding premise the idea that youth, in the 2010s, is a time not of promise but of endless threat, as young people, uniquely clear-eyed enough to see the world for as perilous as it really is, are also disempowered to do much about it. Having seen his sensibility go mainstream, and having seen television expand enough to make room for a fringe element on premium cable, Araki now gets a palette of his own to play with as showrunner, director, and writer. “Now Apocalypse,” debuting March 10 on Starz after a Jan. 29 premiere at Sundance, pushes its tone of oddity to what will likely be the limits of many viewers’ patience, bringing several amiable performances to bear on a story that feels like a warmed-over rehash of sharper material.

Avan Jogia, a charming young star, plays Ulysses, whose name’s echo of mythic odysseys hardly seems accidental. Through an awakening after a first date with similarly symbolically named Gabriel (“Teen Wolf’s” Tyler Posey), Ulysses’s eyes are newly opened to undergirding realities of the universe, including the presence of lizards masquerading as humans. This notion, a trope of conspiracy thinking for decades, is here left ever-so-slightly ambiguous: Ulysses’s visions come in dreams, and he might, indeed, be losing his mind, or using too many drugs. But it’s likelier the world is. All around his milieu of Los Angeles, the familiar thirsts that define life among aspirants in the entertainment industry — to be seen and understood by millions, or at least to be admired — have come to define the lives of his narcissistic friends. Carly (Kelli Berglund), an aspiring actress, performs sex work through a webcam, demanding that her adoring clients work on rehearsing lines for auditions for her; it makes literal the gaze we place on the objects of our entertainment in a manner that’s at least perversely clever. Less witty is the story of poor dope Ford (Beau Mirchoff), a slablike fellow from the heartland whose understanding of himself as an aspiring screenwriter doesn’t jibe with the desire of all those who encounter him to exploit his insecurities for sex.

Araki’s vision of a candy-colored city fueled by deluded narcissists and the users who love them, or at least their bodies, is consistent, at least — granted shading only by the quest of Ulysses, a plot too daffily fanciful and too divorced from the show’s overriding tone of anger to take seriously. This is a filmmaker who has things he badly wants to say about the state of the world; the problem is how few of those things escape the realm of cliché, and how much work is done to simply exaggerate the cliché, as if that would give it new impact. (This is, for instance, the third show I’ve seen in the past twelve months, after “Barry” and “The Kominsky Method,” to feature a Los Angeles acting teacher as desperate as his or her student’s; “Now Apocalypse’s” take is the least imaginative of the three, but is at least the most luridly desperate.) Television catching up with Araki’s grim view of the universe and outpacing it — coming up with quite so many shows that both depict a fallen world and the work individuals do within it to transcend trauma, the career-long themes of Araki’s work — has boxed him into a place where sheer absurdity is the only way to make his mark. Every character type is amped up in “Now Apocalypse”; every sex act or leer is goofily outsized, every selfish decision merrily sociopathic. There’s literally a lizard. But the character types with which Araki is playing don’t demand this much embroidery. A more confident show would know that the audience is readier than ever to meet it where it is when it says we’re living through an apocalypse.