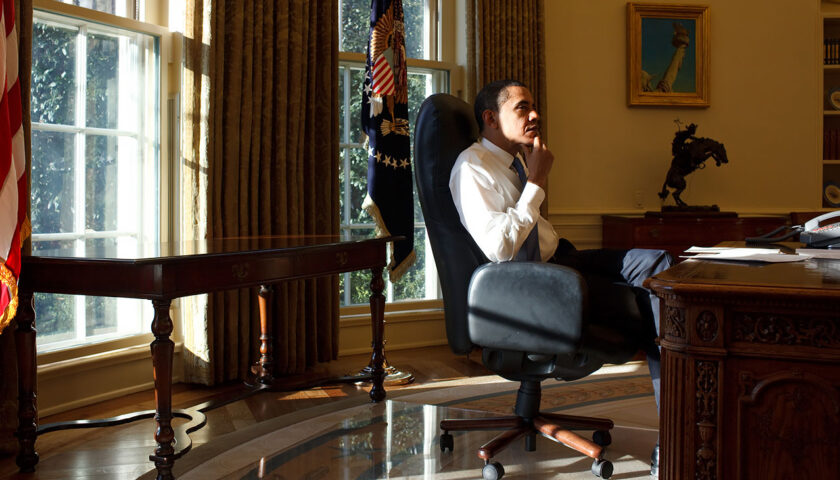 In a world of shoddy rhetoric and bad faith arguments, few observations are shoddier and made in worse faith than the one that says the election of Barack Obama as 44th president of the United States marked the end of America’s legacy of systemic racism or proved that such systemic racism either never existed or existed only in the distant past. It’s an argument that pundits and politicians whip out as “proof” that reparations are unnecessary or that critical race theory is evil.

It’s an argument that’s systemically (see what I did there?) but inefficiently eviscerated in HBO’s three-part, six-hour documentary Obama: In Pursuit of a More Perfect Union. Of course, nobody who would ever make that argument is going to watch a single second of a three-part, six-hour HBO documentary about Barack Obama, and nobody with an interest in seeing that argument eviscerated is going to feel like they learned all that much from Peter Kunhardt’s approach here, which is half a provocative and complicated exploration of the role of race in Obama’s political career and half a poorly sourced, by-the-numbers, generic biography.

That first mode makes for an interesting and sometimes provocative documentary. The second is perplexingly distracting and unnecessary. And you can’t get one without the other.

The first two installments of In Pursuit of a More Perfect Union fall mostly into that second category. After opening with Obama’s March 2008 Philadelphia speech on race, in which he used the preamble to the Constitution and the burgeoning controversies surrounding Jeremiah Wright to pivot into a wide-reaching address about the many racially tinged conversations floating around his campaign, the first part of the documentary follows Obama from childhood to his decision to run for president. The second is built around the 2008 presidential campaign and his election. After two very linear and point-by-point chapters, the third part then looks, in an almost amorphous blur, at the complicated legacy of the Obama presidency, its successes and failures and the subsequent backlash that was spearheaded by Donald Trump and led to his ascension.

So many pieces of Obama’s biography are familiar because, well, he has written and talked about them extensively. As essential as it is to understand the impact of his biracial parentage and his childhood stops in Hawaii and Indonesia, chances are pretty good that if you care about those things you already know about them, and you won’t find anything even slightly new here.

On the basic biographical side, Kunhardt’s access is simply thin. Other than the ex-president’s half-sister, who makes a couple of brief appearances, nobody named Obama actually appears in the doc. It’s bizarre how heavily the first two episodes rely on one or two major Barack Obama interviews with other people. A couple of 60 Minutes interviews from early phases of his career are so close to the spine of this documentary that you may find yourself wishing you could just go watch (or rewatch) those interviews instead. A few Obama friends show up, offering mostly simple stories with so little personality or detail that none will need to worry about any post-interview awkwardness at their next Obama dinner party.

Though the people closest to Obama stick to party lines about his youthful brilliance and how it manifested itself at every stage of his development, the documentary isn’t pure hagiography. The most interesting parts, then, involve people who might not have been close enough to Obama to speak here with a complete filter, or people discussing the few topics that haven’t been endlessly reported over the past 20 years.

You can tell that Illinois’ Rep. Bobby Rush, for example, is still hurt that Obama ran against him in a congressional primary, and also that he’s a little cocky about handing Obama his lone electoral defeat. He’s not going to come out and cackle about it, but you can tell. Rush is central to the documentary’s depiction of Obama’s ambition. You can tell, too, that pastor Wright, probably the most interesting of the documentary’s talking heads, is still frustrated and hurt by Obama’s need to distance himself during the 2008 campaign. Although he doesn’t express his pain explicitly, enough is evident to illustrate the choices Obama made as he was defining himself for different segments of America.

It’s impressive how well Shirley Sherrod, fired by the Obama administration in a knee-jerk reaction to a blatantly doctored video disseminated by Andrew Breitbart, keeps her feelings of betrayal inside. But those feelings are just visible enough to show the ways the Obama presidency was often derailed by the same people who point to the Obama presidency as evidence that all’s hunky-dory with America.

Whether everything is still too historically close for reflection or whether they’re too personally close to Obama’s legacy, talking heads like David Axelrod and speechwriter Jon Favreau have a weird lack of insight on broader topics. You could remove them from the documentary without losing anything of substance, especially when it comes to the more provocative racial topics, where I preferred the more prickly musings of Jesse Jackson, Al Sharpton, Ta-Nehisi Coates, Cornel West and Jelani Cobb, one of the documentary’s executive producers. They offer various shades of pragmatism when it comes to the debate over what Obama had to do and had to be in order to be elected, and where his administration was an inspiration and where it was compromised.

Give me two hours of those figures grappling, instead of six hours where you have to wade through platitudes and generalities and third-hand “how Barack met Michelle” mythologizing. Without Obama’s participation, without the participation of most of the key political figures in his sphere, without a single oppositional voice either from the left in his early years or the adversarial right in later years, this was never going to be a “definitive” life-of-Obama documentary anyway. So I wish there had been more careful thematic curating. It’s the clash between optimism and American reality that sometimes emerges here that’s worth watching and learning from.