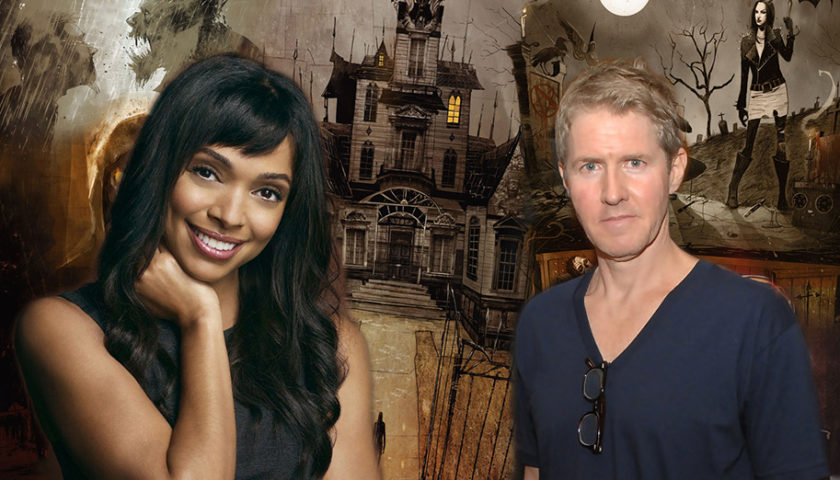 For those who enjoy monster-killing and secret societies, Netflix’s latest sci-fi comic book adaptation of IDW’s October Faction may be just the thing. The ten-episode first season of the series will introduce globetrotting monster hunters Fred and Deloris Allen who, after the death of Fred’s father, return to their hometown in upstate New York with their teenage children Geoff and Viv. As the family adjusts, Fred and Deloris must hide their identities as members of a secret organization, and our heroes quickly discover that their new small-town setting isn’t as idyllic as it seems.

The comic upon which October Faction is based comes from IDW and famed horror comics scribe Steve Niles, who will executive produce the adaptation. Niles’ original story characterizes the Allen family as “retired monster hunter, thrill-killer, warlock, and witch,” but of course, the adaptation may take liberties with those roles. However, the first issue’s tagline of, “Sometimes crazy is the glue that binds a family together,” seems like a pretty good recipe for a team dynamic.

the IDW-published comic series written by Steve Niles with art by Damien Worm. Adapted and created by Damian Kindler, OCTOBER FACTION centers on a pair of well-traveled monster hunters, Fred and Deloris Allen, who after the untimely death of Fred’s father, return to their upstate New York home with their gifted teenage children, Geoff (Gabriel Darku) and Viv Aurora Burghart). As the family comes to grips with their new and unwelcome situation, the children soon discover that their parents are part of a secret order that deal in all things paranormal, malevolent, and monstrous.

Frederick Allen is a retired monster hunter who now devotes his time to teaching, his two grown children want to follow in their fathers footsteps which he is against until secrets from his past come back to haunt him. His wife is also involved in something that will ensure his past catches up to him. His ex partner has also come back into his life with news that upsets him however not all is as it seems.

Loved the art in this graphic novel; dark and gritty with a vibrant use of colour, it ticked all the right boxes for me. Each panel was consistent in style and seemed to ooze dread and atmosphere.

Story wise it was a little muddled at times but I got the gist of it for the most part. This volume really just sets up the future family business of monster hunting and I really hope it continues as it would be a great start to a series.

Gorgeous artwork and hopefully a start to a promising graphic novel horror series.