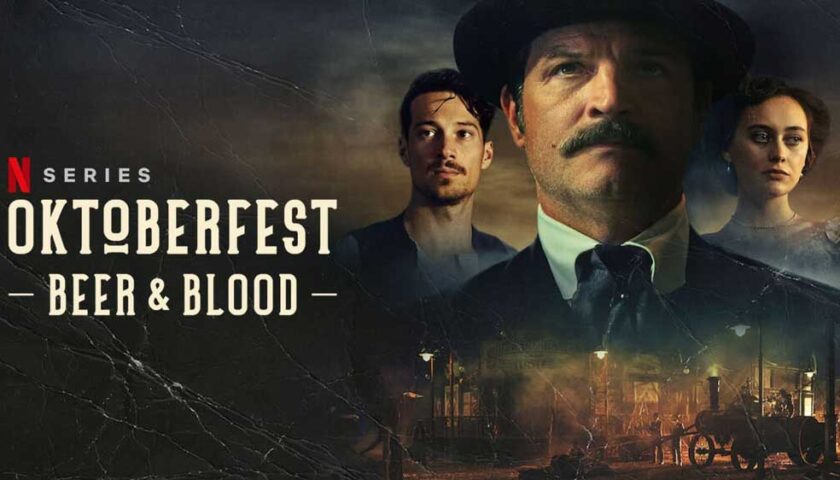 Germany tends to have a good track record of grown-up original series’ on Netflix, and the latest, Oktoberfest: Beer & Blood, has no plans to spoil that streak anytime soon. It might be a very different show from the beloved Dark, but it’s still a solid historical crime thriller that, at just six episodes, will likely leave you hoping for another round.

Based on the supposedly true story behind Oktoberfest, Beer & Blood brings high-quality production, sex, violence, secrets, and brews to this brutal origin tale. Equal parts crime drama and family thriller – Curt Prank (Misel Maticevic) plays a brewer whose daughter, Clara (Mercedes Muller, late of Netflix’s own Freud), falls for the heir of a rival business – make for a heady concoction. With this year being what it is, the show will inevitably be the closest you can get to the actual Oktoberfest, and early-October release makes great marketing sense after a run on German television.

Beer and blood have both been in short supply for those of us in local lockdowns due to the pandemic, so the promise of those two things will be enough to entice an audience looking for another grim German thriller to binge this weekend. And bingeing is an easy proposition for such a digestible series, which combines the style and themes of other regional shows with the added appeal of a real historical basis.

At a time of year when themed content wins the day, Oktoberfest: Beer & Blood stands a solid chance of becoming the streaming hit of the week. But it’ll earn the attention on its own creative merits. Cheers to that.