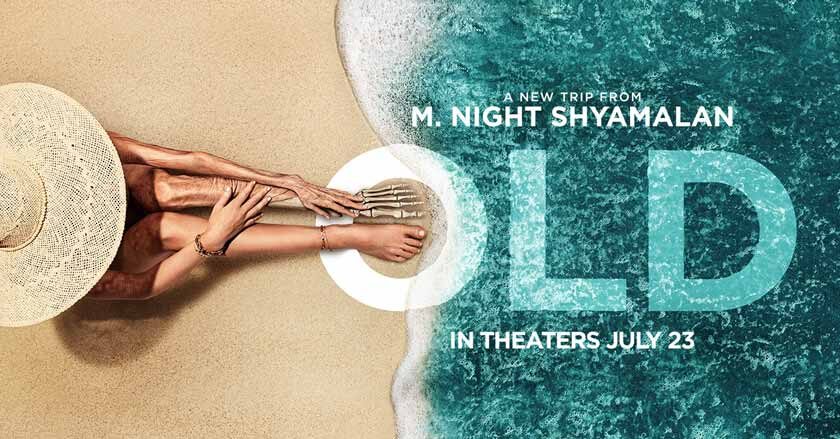 A family vacation spirals into a surreal, time-bending nightmare in M. Night Shyamalan’s “Old,” the Academy Award-nominated director’s latest psychological horror film. He directs Gael García Bernal and Vicky Krieps as parents of a brood of children who appear to be aging rapidly for no explicable reason. Watch the latest trailer below for the film, which Universal Pictures opens on July 23.

Inspired by the Pierre Oscar Lévy and Frederik Peeters’ graphic novel “Sandcastle,” “Old” is M. Night Shyamalan’s first film 2019’s “Glass,” which was the followup to 2016’s “Split.” The source material behind “Old” tells an existential horror story about mysterious and rapid aging occurring on a beach, where a group of tourists seem unable to leave.

Shyamalan has assembled a vast international cast which, along with Bernal and “Phantom Thread” breakout Krieps, includes Eliza Scanlen, Thomasin McKenzie, Aaron Pierre, Alex Wolff, Vicky Abbey Lee, Embeth Davidtz, and Rufus Sewell. The film shot around the Dominican Republic (a first for Shyamalan, who typically works in the comforts of his Philadelphia hometown), and was originally set to release February 26 before the pandemic led to a delay.

As details trickle in for the plot, here’s the “Sandcastle” synopsis, courtesy of Booklist: “By a tidal pool near a small beach on France’s Mediterranean coast, a North African–looking man glimpses a young woman stripping to swim. Later, but still early in the morning, three families intent on sunbathing and picnicking encounter the man, then find the girl’s corpse in the pool. One paterfamilias, a racist, xenophobic physician, angrily accuses the North African of murder and calls the cops. While awaiting the police, the doctor’s mother dies. The young children of two of the families start growing, the little ones right out of their swimsuits and the preteens into puberty. The adults are changing, too. Attempts to leave the area prove futile, and further calls don’t go through. At the rate they’re aging, they’ll all be dead by tomorrow morning. Peeters’ accomplished European realist comics style and Lévy’s utterly natural dialogue suit to a tee this maximally eerie, unsettlingly plein air exercise that Kafkaesquely defies all explanation.”

Shyamalan wrote the screenplay and is working with “Glass” and “Split” cinematographer Mike Gioulakis, who also shot Jordan Peele’s “Us” and David Robert Mitchell’s “It Follows.” This is the first movie Shyamalan has shot on 35mm since “The Last Airbender.”