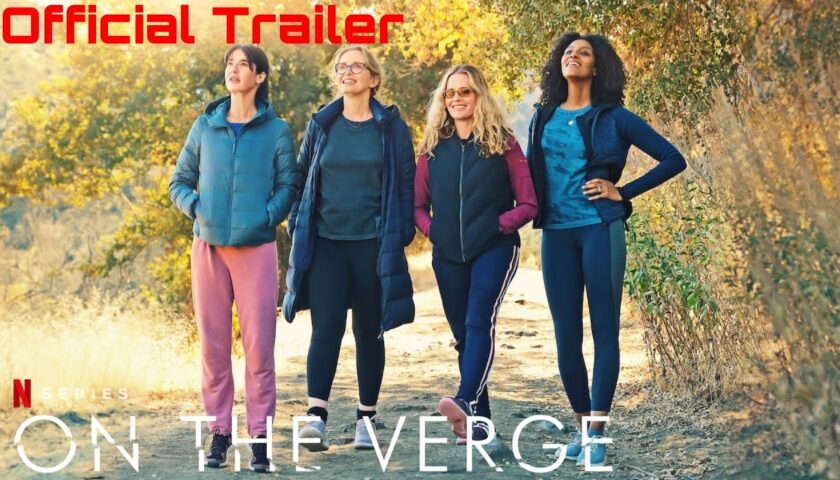 “On the Verge” is one of this year’s more unusual shows. First off, it’s essentially a French show set in Los Angeles. Written, and partly directed by the French actress Julie Delpy (“Before Sunrise,” “Two Days in Paris”), and co-written by the French actress Alexia Landeau (“Two Days in Paris”), this story of four friends in LA is amiably shambolic, occasionally existential, sometimes silly and a bit sexually shocking, all very French traits.

As far as the setup, think “Girls” except LA instead of New York and the women are in their 40s and 50s. They’re older, they have kids, most are married, and they have problems ranging from aging pets to arrogant husbands to plain nervousness about what the future holds and what’s been spent in the past. The most heartening thing about the show is simply that it’s a comedy about middle-aged women, a group traditionally under-represented in Hollywood.

Delpy plays Justine, chef at a tony French restaurant, with a tween son and unemployed French husband (Mathieu Demy). Landeau is Ell, with three kids from different fathers, major economic woes and a worrisome sense of morality. Then there’s Yaz (Sarah Jones), a Persian-African-American stay-at-home mom trying to get back in the workforce. And Ann (Elisabeth Shue), a successful clothing designer who’s constantly high on edibles.

The show is bracing in many ways. Yaz wonders how she ended up with three white friends. Ann, apparently the oldest at 55, makes out at a dinner party. Justine freaks when she gets a common cold (there’s no COVID-19 in this reality). And Ell — well, how does she even support three kids when she gets (rightfully) fired on a regular basis?

Obviously all four friends are constantly on the verge of disaster because, well, who isn’t? That Delpy and Landeau spin their stories with a mix of humanity and absurdity is, again, both impressive and righteously French. C’est bon. Tom Long is a longtime contributor to The Detroit News.