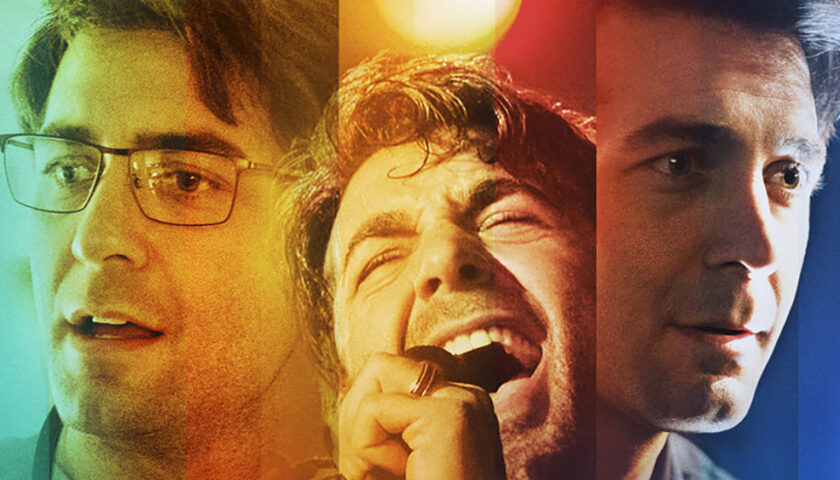 For the terminally indecisive, NBC’s Ordinary Joe has to be either the most or the least appealing premise ever cooked up for a TV show. On the one hand, the hourlong drama posits that a single decision as seemingly inconsequential as who to grab dinner with on a given night could set the course for the rest of a person’s life. On the other, it suggests there are no real right or wrong answers — and that, in any case, the fates have a way of circling back to the same people, the same plots, the same worries about work and romance and parenthood and the same heartfelt themes about the beauty and unpredictability of life.

It’s tough to tell, in the first two episodes given to critics for review, where any of this is headed in the long run. But for the time being, the series lands in the sweet spot where it’s just out-there enough to attract curiosity, and yet familiar enough to qualify as comfort viewing.

The ordinary Joe of Ordinary Joe is Joe Kimbreau (James Wolk), who graduates from college in the first episode and promptly finds himself with three choices for what to do with the rest of his day: He can approach Amy (Natalie Martinez), a charming classmate he just met, and ask for a date; he can follow Jenny (Elizabeth Lail), his best friend with benefits, to the beach to have a chat; or he can meet up with his family, which includes his police officer uncle Frank (David Warshofsky), to celebrate.

At this point, a reasonable person in the real world might point out that it is, in fact, very possible for one person to accomplish all three over the course of an evening. But Ordinary Joe abides by TV logic, so the timeline fractures into three parallel paths that lead Joe to three drastically divergent but equally TV-friendly careers. Ten years later, the Joe who pursued Amy is married to her and enjoying an enviable career as a rock star. The Joe who found Jenny is married to her and they have a son (Chris, played by John Gluck), and Joe is burning the candle at both ends as a nurse on the night shift. And the Joe who went with his family is a cop who’s still single, but hasn’t forgotten either Amy or Jenny despite having lost touch with both years ago.

It’s a lot of groundwork to lay down before the plot can begin, and the series occasionally struggles under the weight. The pilot opens with cheesy narration from Joe reflecting on Robert Frost’s “The Road Not Taken,” which is exactly as “college application essay” as it sounds. (In Joe’s opinion, Frost had it easy because he found only two roads diverged in a wood — as opposed to three on a college quad, I guess.) The following episode thankfully eschews the voiceover, but sticks with a sentimentality that wobbles between sweet and saccharine. And even with crisp editing and color coding, the timelines can become confusing, leading to scenes where it takes a minute to remember what Amy is up to in this timeline versus that one, or ones where it seems briefly like two different versions of Joe might run into each other at the hospital.

But Ordinary Joe isn’t that kind of show. He’s Gwyneth Paltrow in Sliding Doors, not Loki in Loki. It all works well enough for now, in large part because Wolk makes for such an eminently likable lead. It’s as if the TV gods, realizing how many go-nowhere leading-man TV roles Wolk has endured, have decided to throw him three more chances at once, and he certainly makes the most of them. Wolk wears Joe’s three personas like old favorite shirts: worn in, comfortable, flattering in their imperfections. And he shares such affable chemistry with all his co-stars — especially Charlie Barnett as Joe’s childhood BFF Eric, who balances Joe’s bashful indecision with sarcastic humor and a take-charge attitude — that it becomes easy to believe all these people would be destined to stay in one another’s orbit.

In its first two episodes, the series does an admirable job of balancing sympathy and interest across all three timelines; not even the glamour of a rock-star lifestyle seems to overshadow the more grounded dilemmas that Joe faces across all three paths, like the push-pull between family and career. But it has yet to offer the same level of agency to its other characters, who so far are treated not as individuals in charge of their own adventures but as mere accessories in Joe’s. Their relative levels of happiness and professional success seem determined entirely by the choice he made a decade ago.

Then again, it’s early days yet for the series, and it’s possible to make out lots of different paths Ordinary Joe can go down from here — some toward messy plotting or an overabundance of sappiness, others toward ambitious storylines that get to something meaningful about fate and free will, and many that fall into that in-between zone of solid ideas that eventually lose their way. But if the draw of Ordinary Joe is getting to know how all three of his options play out (a privilege not even afforded to Joe himself, given that each Joe is stuck on whichever path he chose), part of the fun of watching it is having no idea what comes next, and making the choice to stick around and find out.