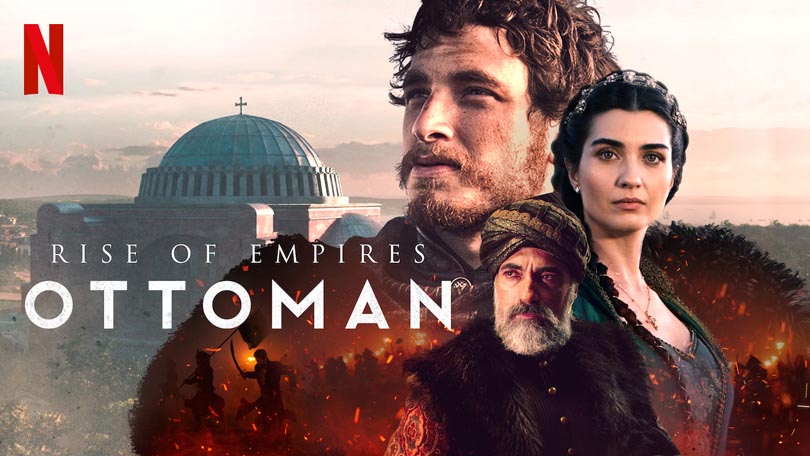 Few people can call themselves true world conquerors but when it comes to Mehmed II, there’s a reason this man was known as Mehmed The Conqueror. Following the conquest of the iconic city of Constantinople, Rise Of Empires combines narration and expert analysis with dramatic reenactments that’ll be instantly recognisable to anyone who watched last year’s The Last Czars. With a lot more focus on warfare and strategic battle planning, Ottoman is a fascinating and educational series, one that takes a wise approach to showcase more action alongside the narration.

Split across six episodes, the series begins with Mehmet taking the throne from his Father and desperate to prove himself and appease the people following a few rebellions in the empire. In order to do that, he sets his sights on the “Butterfly” city of Constantinople; a Roman-ruled gateway between Asia and Europe. From here, the series progresses through the build up to this battle and the ensuing issues Mehmet II had to deal with, both on the battlefield and with his personal life.

From ingenious acts of navigating spy-filled forests with ships to bombarding city walls with cannon-fire (or 8 metre long “Basilica” as they’re referred to in the first episode), there’s a solid amount of educational content here worth digesting. Much like Hannibal & The Punic Wars, Ottoman is essentially a lesson in military warfare and it showcases this perfectly across the series.

At the heart of this tale are a series of impassioned narrators that do a great job fleshing out the scenes and adding more background behind what’s happening. These are handled in much the same way as the aforementioned Last Czars, with cutaways to face to face interviews. Personally, Celal Cengal is a firm favourite here, with exaggerated mannerisms, an unwavering enthusiasm and some great colloqualistic language that really helps you understand what’s happening. That’s not to take away from the others here of course, but he’ll likely become a firm favourite over the six episodes. There’s a good amount of animations, expository text and diagrams that help to paint a portrait too and seeing the screen filled with shades of blood red is both a cruelly ironic symbol of the bloodshed that went into the conquest of this city and also an informative guide as to how the Ottomans actually accomplished this feat. Most of the series revolves around this epic battle, although there is some history behind Mehmed’s life too.

It’s not perfect and there are a few stand-out moments that spoil the party. The very last scene at the end of the first episode feels ripped straight from Gladiator, with Mehmed II running his hands through corn, while the finale sees Mehmed look directly at the camera and smile before uttering “Now it begins,” which seems a bit of a cheesy way to end things, especially after such an epic explanation around how significant this victory actually was. The face to face narration is engaging although the questionable manner the cameraman skips the shots around three or four times to different parts of their face is a bit distracting.

Gripes aside, Rise Of Empires: Ottoman is a fascinating and educational series for a period in history I admittedly have very little knowledge on. Unlike The Last Czars, the dramatic reenactments wisely stick to the battle and action for large periods of the show. This is ultimately to Ottoman’s benefit and hopefully this is a trend Netflix can continue going forward, especially given the History Channel appear to have abandoned these sort of documentaries long ago. It’s not without its flaws but Ottoman’s battle-centric viewpoint and engaging six episodes make it a step-up from The Last Czars and a welcome addition to Netflix’s growing documentary library.