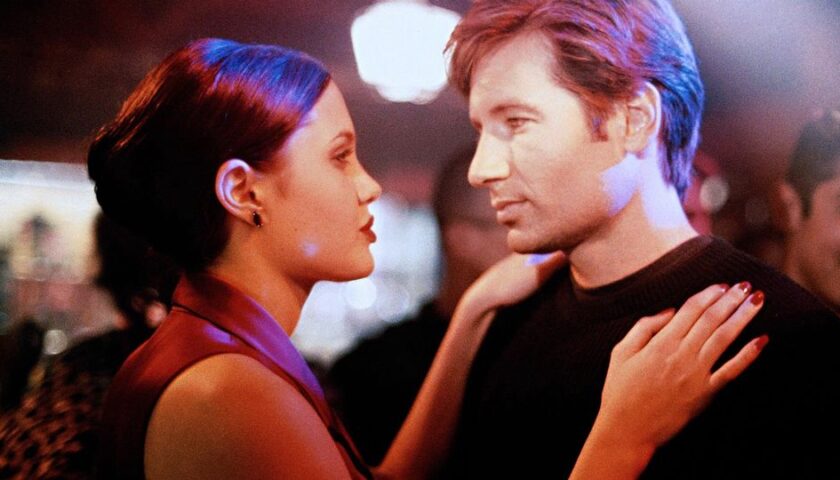 Playing God immediately interested me because of the interesting premise — con-artist twins decide to take advantage of a grieving rich man by telling him they can introduce him to God. Then throw in the incredible starring talents of Alan Tudyk and Michael McKean and there is nothing that can keep me away from checking this movie out. Playing God is not perfect, but it is a lot of fun, and if the ending doesn’t warm your heart, then you don’t have one.

This movie follows twins Micah (Luke Benward) and Rachel (Hannah Kasulka) who have been in the con business since they were kids but have now found themselves in some hot water. When a crime lord gives them a week to come up with the hundreds of thousands of dollars they owe him, they know they need to go big.

Ben (Alan Tudyk), their mark, is a grieving tech mogul, and they need to come up with the perfect plan to make him trust them. So they present themselves as angels and tell him they can set up a meeting with God so he can get the answers he wants – face to face. That is where their friend Frank (Michael McKean) comes in, portraying the big man himself.

The movie itself is interesting enough to keep viewers entertained, especially because of the several twists, turns, and major reveals that occur throughout it. Some are predictable, but there is one that most audiences will not see coming. That twist alone makes this movie worth watching because it gives a whole new depth to it.

The standout performances should come as no shock — Tudyk and McKean completely steal the show. Not only are their conversations deep, meaningful, and captivating, but the way they portray their characters is fantastic as well. Each of them open up and show raw emotion during monologues that bring a bit of heart to this comedy heist of a movie.

Benward and Kasulka do a decent job as well, however their writing is not the best at times, which is not their fault. They do have some emotional scenes – one in particular – where they shine. The movie is not without its flaws. It is only an hour and a half but it feels quite a bit longer because of a middle that goes off course and drags quite a bit. There is also not enough action and when we do get it, it doesn’t deliver as well as it should.

The best parts of Playing God are hands down when Tudyk and McKean interact, and the final scene. It may be far from perfect but that is sort of the message here too — no one is perfect, everything happens for a reason even if you don’t understand it, and forgiveness is important.

Micah (Luke Benward) and Rachel (Hannah Kasulka) are successful con-artist twins who enjoy the thrill of the scam. Skilled and charismatic, they can run a variety of con games and the money has never been better until a heartless crime lord comes back for revenge. He gives them ten days to come up with the hundreds of thousands of dollars they took from him or they’ll be killed.

When they hear that the quirky billionaire Ben Elwood (Alan Tudyk) has been on a relentless mission to find God, they know it could be the solution to all their problems. With the help of their former mentor Frank (Michael McKean) coming aboard to play The Almighty, the role of a lifetime, the siblings just might pull off the greatest con of their ‘career’ in a matter of days and stay alive.