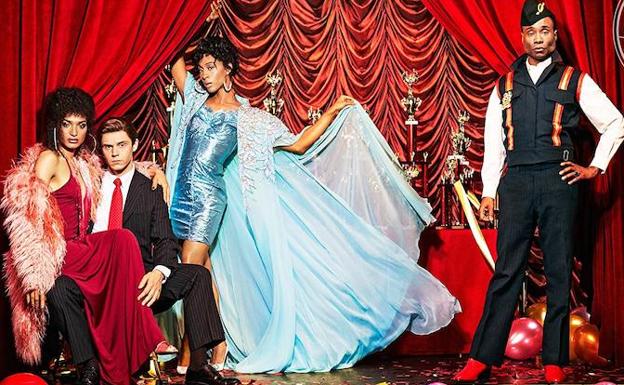 Review:  All of the scenes are so colorful and full of life with style and dont forget culture. Speaking of color and the lead in direction, I must be watching a Ryan Murphy production. His style has always been one of my favorite. For e.g. the cinmatography from The normal Heart and The people Vs OJ to name two fright off my head.

The music more than everything is like a character in this series itself, playing the mid 80s music, especially whenever it was capturing the nostalgia. This shows isnt what it says to be at first. In fact, I watched the first 5 minutes intrigued and then it turned into something different. Watch the whole first episode before deciding on whether you like it or not.

You will find after two episodes that the characters go through hard times through the character development that really feel like the shows main strength. Its gritty and raw. The first scene with the son being confronted by his dad was showing the exact range this series has. Five minutes before that the characters in the present were absolutely playing different roles.

The switch back to time scene was jarring but true to how being a homosexual was and sadly is still is for those. I’m appalled by the great reviews left and not supported by this community. It leaves me wondering why people would find their reviews mir helpful.