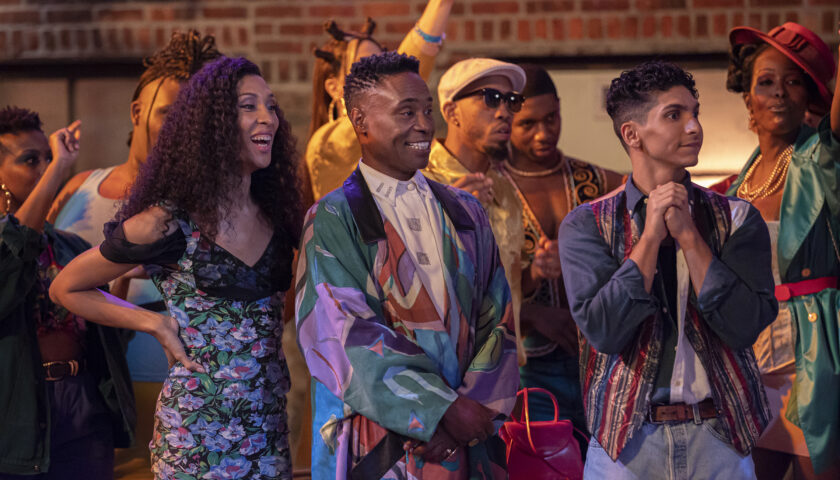 Time is the Big Bad on FX’s Pose, the indefatigable antagonist that never fails to make its leaden presence — or its villainous indifference — known to the series’ trans and/or queer characters of color. The Manhattan, New York–set drama debuted in 2018 by handing an HIV-positive diagnosis to its protagonist, Blanca (Mj Rodriguez), who was hardly the first among her late-’80s ball-culture milieu to be given an impending death sentence by a doctor. But for Blanca, time was also a spur, propelling her to found her own chosen family by establishing the House of Evangelista and taking in several street kids in need of a home and some maternal support. Time was determined to take everything from Blanca, but she was just as resolved to leave behind a legacy.

For its third and final season, Pose pits Blanca and her friends against time once more. It’s not a fair fight — not because her foe is an abstract, immovable force, but because the writers keep rigging the game in their characters’ favor. After a wonderfully unpredictable and thematically rich sophomore season, the drama returns to its gooey roots for its last outing, with odes to friendship and speechifying about how kind and beautiful and special the characters are in nearly every one of the seven installments. There’s a lot of love, but a lot less compelling storytelling.

At least showrunner Steven Canals has finally pared down the series to its most interesting characters: the parental figures. It’s almost difficult to remember now that Pose‘s initial headliners were Evan Peters and Kate Mara, whose inclusion in the cast, whatever the motivations behind it, came across as hedges against the racism and transphobia of a presumed cis white viewership. In that first year, Pose also foregrounded the love lives of Blanca’s mostly dull “children”: dance student Damon (Ryan Jamaal Swain), sex worker-turned-mainstream model Angel (Indya Moore) and her doting boyfriend Lil Papi (Angel Bismark Curiel).

Opening in 1994 — with the season’s lavish music budget pumping Shanice and Toni Braxton — Pose‘s third season finds its characters on the cusp of new life stages. Ballroom no longer holds the allure that it once did; Blanca and company’s burgeoning success within the main corridors of Giuliani’s New York means it’s not as necessary to find solace vogueing in its corners.

The ball scene is changing away from the Houses of Abundance and Evangelista, anyway — there’s a new generation of girls, and they’re demanding not just plastic trophies for their extravaganza, but fistfuls of cold, hard cash. Facing empty nests and aging out of their previous lifestyle, Blanca and Elektra focus on their careers — and naturally, where they ultimately end up couldn’t be further apart.

But it’s Pray Tell’s midlife crisis that’s the season’s most striking — and the most emotionally fulfilling. Like several of the supporting characters this season, the ball emcee falls prey to addiction, in his case fueled by an inescapable sense of hopelessness in the face of the AIDS crisis. Pray, too, has been HIV-positive for the entirety of the series, and Season 3 often feels (delightfully) like a seven-hour Emmy reel for Porter, with the probability of his character’s death looming over the proceedings.

Pray has consistently been Pose‘s most complex character — a mantle that’s undeniable in these final episodes, as his anger and despair lead him to lash out against his loved ones. The Janet Mock-directed chapter in which Pray Tell returns home to Pittsburgh to inform his mother (Anna Maria Horsford) and aunts (guest stars Jackée Harry and Janet Hubert) of his few months left is the most cohesive and accomplished of the season, particularly for the mix of nostalgia, horror and hope he feels when a childhood sweetheart (Norm Lewis), who’s returned to the closet, wants to rekindle their long-dormant romance.

Pose has never been without its aspirational wish fulfillment, a tendency that the new season ratchets up to 11, to mostly numbing effect. The third season gives most everyone the kind of accoutrements Evan Peters’ white-collar office drone would’ve killed for: posh apartments, skyscraper offices and the kind of luxuriously relaxed brunch sessions that even the characters admit — in a flash-forward to 1998 — earn comparisons to Sex and the City‘s foursome. One couple gets married in the most sumptuous onscreen wedding since Crazy Rich Asians.

It’s hard to begrudge these opulent happy endings to a marginalized group whose real-life counterparts met such tragically violent and premature deaths, but there’s also something nigglingly inorganic (if not boringly bougie) about their five-star happily-ever-afters. Pose has long wanted to serve as a kind of antidote to the devastating coda of Paris Is Burning, but surely there could be something more interesting waiting at the end of the rainbow than a handsome, blandly pleasant doctor.

Nice people being rewarded by nice things — that’s the dramatically inert ethos that guides Pose‘s valedictory season. Blanca says nice things about Elektra and Pray Tell, Angel and Lil Papi say nice things about each other, eventually someone even says nice things about ditzy, self-involved Lulu (Hailie Sahar). The bad guys (and biological parents) who deserve dressing-downs get their due, while the good girls get many of their obstacles — deadly viruses, learning disabilities, racist and transphobic discrimination — simply waved away.

Pose‘s writers offer their characters what so few real-life queer and especially trans people of color ever get: a world that sees them for what’s in their hearts and treats them accordingly. But, especially with so much of the rivalries, grudges and pettiness between the main characters missing this season, a more satisfying send-off might have meant showcasing something other than their upward mobility and terminal sweetness. Biological or chosen, families are always complicated — and once upon a time, Pose embraced that.