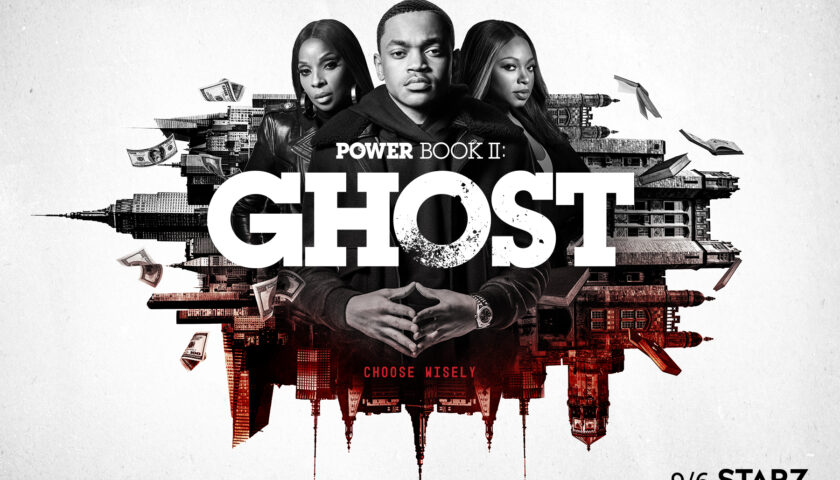 TV spinoffs are typically predicated on likeable characters that fans want to learn more about and see again.

This is not the case with Starz’s “Power” sequel “Power Book II: Ghost,” which premiered Sunday night, and follows Tariq (Michael Rainey Jr.) as he establishes a new life after having killed his dad (Omari Hardwick). Tariq’s mom Tasha (Naturi Naughton) has taken the rap for Ghost’s murder but Tariq is doing everything he can – aside from confessing – to clear her name.

His desire to save Tasha, which he spends a lot of the pilot trying to do, almost makes Tariq a protagonist worth championing. But after six seasons of making this kid an arrogant brat who assassinated the show’s star and previously got his twin sister Raina (Donshea Hopkins) killed, this soapy drama full of unintentionally comedic moments has a lot of heavy lifting ahead.

Clearly series creator Courtney A. Kemp and her writers know how daunting it will be to turn Tariq into a sweetheart as proven by the need to introduce new characters who are more appealing. This includes a very charismatic defense attorney named David Maclean (the always enjoyable Cliff “Method Man” Smith), who vows to set Tasha free, and a criminal matriarch named Monet (Mary J. Blige). Melanie Liburd (“This is Us”) costars as Tariq’s college advisor/professor Carrie Milgram, a woman who sees the good in Tariq when no one else can.

Carrie tries to get Tariq into a special curriculum despite his inability to finish the required reading, Albert Camus’ “The Stranger.” But then Tariq proves he deserves a second chance by completing the assignment and in his oral summary, sympathizing with Meursault by describing his own homicidal tendencies when defending the novel’s narrator. On one hand, it’s refreshing that “Power Book II: Ghost” went the highbrow, existential route if only for a scene. But on the other hand, comparing Tariq to Meursault only punctuates the fact that both characters are irredeemable.

Unlike Ghost, a former corner boy who rose in ranks and attempted to leave behind the drug game by chasing professional legitimacy and his high school sweetheart, Tariq doesn’t have to work too hard to get what he wants. There are far too many people looking out for Tariq and it’s difficult to see why. He’s too much like Fredo Corleone despite all efforts to make him more like Michael. If these characters – this includes not one but two potential and winsome love interests Lauren (Paige Hurd) and Diana (LaToya Tonodeo) – see something loving in Tariq, why not make that more tangible for viewers?

Tariq is instead being positioned as an antihero with a gang of flaws and not enough glimmers of goodness. A possible subplot that will likely have Tariq turning to crime with Monet and her murderous brood in order to pay for Tasha’s legal defense also feels forced. In a perfect world, Kemp and company would have created a whole new show about Maclean, Monet and her son Cane (Woody McClain, “The New Edition Story”) and eliminated Tariq and Tasha from the equation all together. As it stands, “Power Book II: Ghost” is a hate-watching worthy spinoff for cosmic retributionists who hope Tariq gets his comeuppance. Sadly, that is as unlikely as this dude becoming a fan favorite.