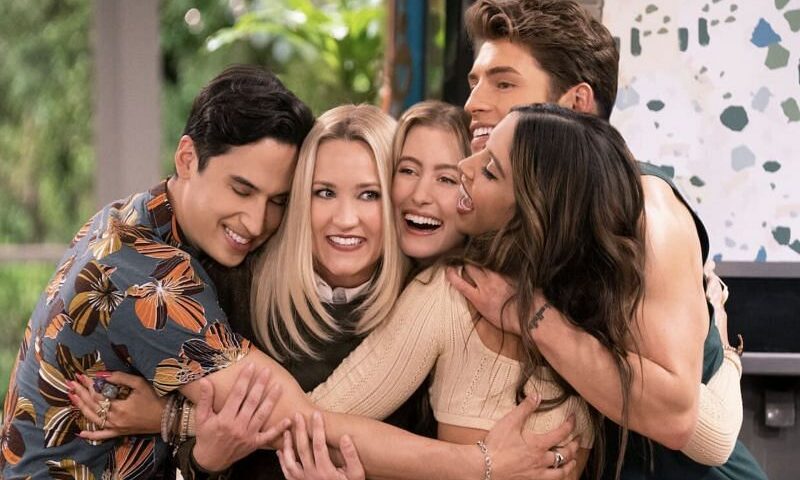 Netflix’s newest sitcom, Pretty Smart, is a mixtape of friendship with all the right punch lines and mushy scenes. With an old-fashioned sitcom approach, including laugh tracks and multi-camera angles, this show is bound to leave viewers nostalgic.

Pretty Smart follows the story of book-smart Chelsea (Emily Osment), who moves to L.A. to stay with her sister, Claire (Olivia Macklin), and her roommates Grant (Gregg Sulkin), Jayden (Michael Hsu Rosen), and Solona (Cinthya Carmon). At first, she finds it hard to fit in as Claire’s friends are just like her, sweet yet naive and too social-media-driven, traits that Chelsea looks down upon. But she eventually starts bonding with the group when her temporary stay turns into a permanent one.

Created by Jack Dolgen and Dough Mand, who are known for the popular sitcoms Crazy Ex-Girlfriend and How I Met Your Mother, Pretty Smart is funny, ‘smart’ and full of energy. With quick and consistent jokes, the show brings a binge-feel wave to it especially considering that it’s just a ten-episode show.

The trailer was released last month and earned a pretty good response. It follows a modern sitcom formula with its main plot and subplots along with a whole lot of pop culture references throughout.

Every character on Pretty Smart is chipper and has nothing but positive vibes. The chemistry the characters have within is praiseworthy, making the show a positive addition to Netflix’s collection of comedy content. The show has a classic teen TV show feel to it and a very Hannah Montana-like setup. Pretty Smart can easily be considered a crossbreed between New Girl and Two Broke Girls, just the kind of show to cheer you up on a bad day.

“After getting unexpectedly dumped by her boyfriend, Chelsea — a high-brow, Harvard-educated intellectual and aspiring novelist — is forced to move in with her bubbly, carefree, not-so-intellectual West Coast sister, Claire, and her three lovably eccentric, not-so-intellectual roommates: Grant, Solana and Jayden. But Chelsea’s tough, sometimes judgemental exterior starts to soften as she gets to know her new friends, and they begin to form an unlikely found family.”