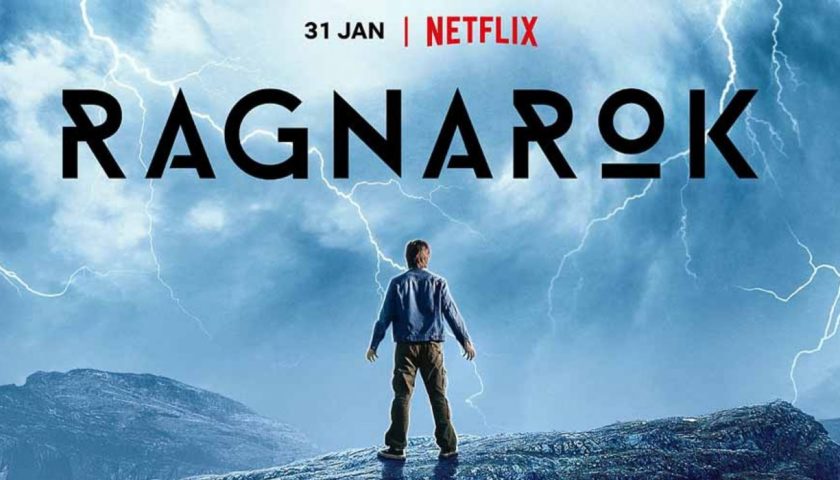 The important thing to note when starting this new series is to let go of any preconceptions of Vikings, the silverscreen comedy of Thor or Riverdale, because Ragnarok attempts to mesh the vibes of all three together in this teen drama. It’s different, it’s interesting and it does take a while to kick in as most of the early episodes have the dark cloud of grief and death looming over it for much of the season. Unlike Locke & Key, which starts off the same way it stays in this mysterious dark place despite the realism of high school that’s weaved through.

The concept is great. It’s set in a fictional town of Edda which is said to be the last town in Norway to renounce the gods of ‘paganism’ before converting to Christianity and there’s a long standing feud between giants and gods that’s been sparked with the arrival of Magne (David Stakston) and his family to town. Each episode begins with an anecdote of Norse mythology and themes of rich vs poor, corporate empire vs climate change are at the core of the character motivations.

It’s a completely new take on high school drama which is why you may feel uncertain where you stand after watching all six episodes if you’ve been conditioned to the feelgood formats of Riverdale, cattyness of Elite and The Politician. Honestly the story could have been tighter since there were only a handful of episodes, but there is great potential as the show delivered some pretty epic moments particularly around the dysfunctional and mysterious siblings, Saxa (Theresa Frostad Eggesbø) & Fjor (Herman Tømmeraas) are from who play the struggle of family loyalty and duty well.