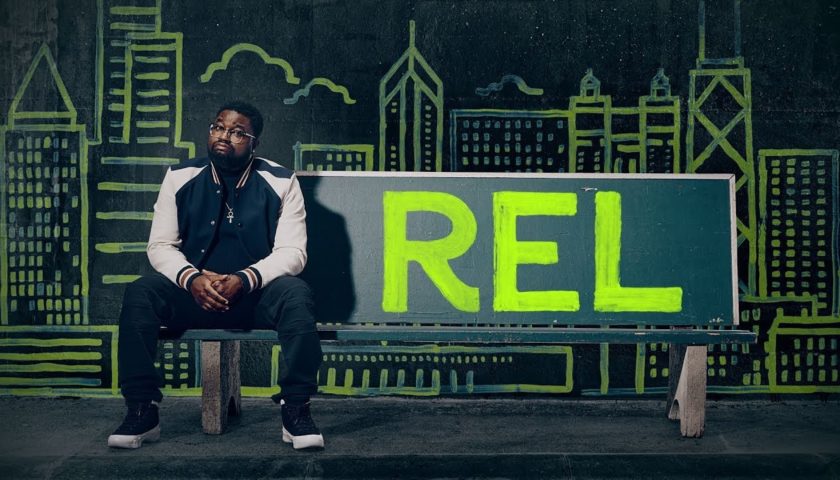 Review: If TV functioned more like sports, a couple years ago it would have made sense for Fox and NBC to swing a trade of underperforming, critically adored sitcoms.

In the deal, NBC would have sent The Carmichael Show to Fox in exchange for Brooklyn Nine-Nine. Fox, which has been trying for years to make a multicamera comedy work, would have gotten an established multicam produced by sister studio 20th Century Fox TV. NBC, which has always been fairly tolerant of low-rated single-cams, would have happily taken an acclaimed comedy from its sister studio NBCUniversal Television. (Probably Fox would have needed to throw some money in to make the salary cap numbers work.)

Set to air on Sunday nights, Rel is getting a football-boosted sneak airing this Sunday and will settle into its regular time slot on Sept. 30. It’s unclear if this football-boosted preview will be helpful because the pilot for Rel is an unfunny disappointment. I can see areas of potential, which I can’t always say for bad pilots, but this one may need some time.

Created by Howery with Carmichael Show veterans Josh Rabinowitz and Kevin Barnett, the pilot quickly establishes Rel (Howery) as a Chicago nurse (his job is mentioned, but completely irrelevant to anything in the pilot) suddenly finding himself starting over after his wife had an affair with his barber and then moved with his son and daughter to Cleveland (two things that are oddly unconnected). Rel isn’t entirely alone, though. Offering him the straight truth is longtime best friend Brittany (Jessica Moore) and brother Nat (Jordan L. Jones), recently released from jail after serving time for drug charges. Adding bluster and disappointment rather than support is Rel and Nat’s dad (Sinbad). Adding judgment is a preacher (or reverend?) played by Howery under a few layers of makeup, though I’m not sure how frequently he’ll be popping up, nor if I want him to.

If I start by choosing to accentuate the positive, Howery is a solid, if low-key leading man, returning to some of the sincerity he previously displayed to good effect on HBO’s Insecure. Though he isn’t quite taking on the straight man role that Carmichael so often assumed on The Carmichael Show, there’s a similar awareness that if he surrounds himself with outsized characters in supporting roles — Moore looks to be well-suited for a role that practically screams for a Tiffany Haddish-type and Jones has moments — he can offer a relatively still point in the center. Howery and the writers want to use Rel’s stillness to allow for wide variations in tone, and there’s a confrontation between Rel and his barber in the second half of the pilot that plays almost completely dramatic. I always appreciate multicam comedies that don’t simply play to the back row of the studio audience for 22 minutes.

I can tell that Rel has a voice, or is trying to. Characters offer long-winded advice or use examples from a shared past to make points and there are authentic rhythms to that, again defying the normal rate of punchlines you’d expect from a multicam. Scenes with Rel, Brittany and Nat have a natural back-and-forth rapport. I can see how Sinbad is bringing a different energy, even if in the pilot it’s mostly a yelling energy. The studio audience for the pilot is really excited to see Sinbad, a reaction that’s disconnected from what is a broad character introduction.

That’s the problem with the Rel pilot. The generalities are in place for a workable comedy. It’s the specifics that are often hacky and generally unfunny, yet they’re frequently rewarded by what feels like a surplus of audience approval, which always ends up being one of the elements that make multicam haters cringe. There’s an awkward “Surely these people have watched a sitcom before?” frustration that sets in almost instantly when something as hoary as the reveal that Rel’s initial expositional confession is being delivered to a customer service rep is treated as fresh. That frustration returns several times through the Rel pilot and not just if you’re holding the show’s entire creative team to the standard of topicality and insight The Carmichael Show exhibited over its three seasons.

Like I enjoy the idea and comfortable believability of characters with long-term relationships having running jokes with each other, but if a running joke isn’t funny, fatigue sets in fast. A pilot-spanning joke about a woman they call “Loose Boots Monica” because she wears loose boots is a good example of one of those “better in theory” ideas. Having the guys disqualify a potential date because of something as silly and nit-picking as the fit of her boots? I buy it completely. At no point during the escalating run of “Loose Boots Monica” jokes, which don’t get much deeper than repeating “Loose Boots Monica” over and over, did I laugh. It’s also a bad sign that the show loses track of whether the joke is on Monica, loose boots and all, or on Rel and Nate and their superficiality.

The same is true of a run of gags emasculating Rel culminating in Sinbad’s character wailing, “You think I wanna tell people that I raised a son with no dick!” The audience roared. I cringed, unable to tell exactly the target and purpose of the mockery. There’s a realization that Rel has to come to in the pilot and I guess it’s an important one. I can’t say if it’s going to do anything interesting going forward, just that it’s bound to be funnier than the pilot’s one-note take on Rel’s cuckolding. Rel, Nat and Dad’s life choices invite a varied generational critique of masculine expectations, insight that is maybe being saved for later episodes.

Like my own personal “Loose Boots Monica,” the difficulties of judging a network show off of one underwhelming episode will be a running theme of fall reviews. My hopes for Rel rest on the writer-producers’ past ambitions and a suspicion that the ensemble is decent. That speculation will make me give the show a few more episodes going forward, but there’s nothing in the pilot to warrant a recommendation.