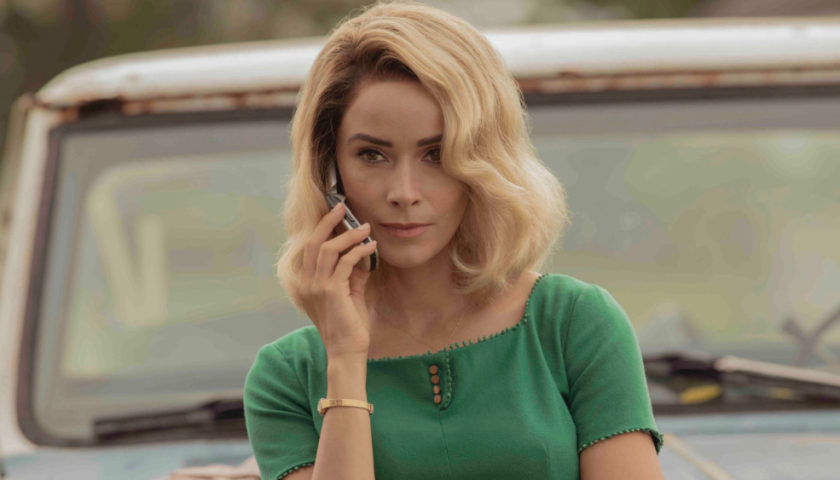 “Reprisal,” a new Hulu drama setting out to tell a grim story of bloody revenge, aims at a clever pitch-darkness. It more often lands on a sort of congenital sourness, one that grows choking at the series’s hour-long episode lengths. It’s an unfortunate miss for series star Abigail Spencer, an appealing performer who deserves a showcase that presses her in service of fewer neonoir clichés.

Spencer plays a woman who goes by Doris Quinn, a seemingly bewigged blonde who’s concealing more than her natural hair color. As she tells her husband in the show’s early going, “I come from bad blood, Tommy. Bad blood, dark days. You changed all that, though, a good man like yourself.” She was, indeed, betrayed by her brother’s gang, and is now setting off on a mission to avenge those who wronged her, one that ends up drawing in a kooky cast of characters but that can’t find a satisfying way to tell a derivative story. The affected tone, aiming for the creative repurposing of tropes of “Pulp Fiction” and ending up at plain old pulp fiction, perhaps seeks to justify the show’s extreme, nasty violence. The first episode begins with a brunette Spencer being brutalized in the midst of a field of dead bodies, lit by noirish red taillights; later, before going on a shooting-and-stabbing rampage, she tells her victim “This next part is gonna make me very melancholy.” The killing happens in a retro-style diner, of course.

For all its trappings of poisonously kitschy Americana, “Reprisal” struggles to find something to say — and Spencer can’t carry it towards meaning on her own. She’s a born noir heroine for 2019, both able to deliver classic curveball lines and to lend them a bit of ironic twist, but the show asks too little of her ability to reinterpret or reinvent. How many of the scenes spent, say, watching long and gratuitous strip-club sequences or women being violated could be spent deepening her somewhat hazy backstory? “Reprisal” ultimately gives too little to its femme fatale, leaving the bad blood of her past hazy in favor of an overexuberant focus on torment in the present day.