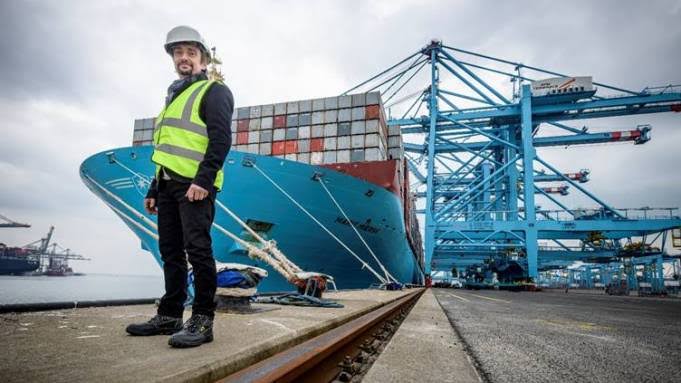 We love a good review, almost as much as we enjoyed watching ‘Richard Hammond’s Big’, but there’s one negative review of Hammond’s new documentary that was the most prejudice and biased piece we’ve ever read. It’s by the Guardian and was written by Stuart Jeffries. Now, this isn’t meant to spark hate, so please don’t go to his piece and comment anything hateful. Instead, let’s take a look through the review.

Jeffries begins the review by pointing out Hammond’s height, explaining how he “has spent most of his career looking up to Jeremy Clarkson (1.96m) and James May (1.82m). He describes this as “no way to live”, which quickly establishes the fact that he doesn’t like them much. The thing is, is what does this have to do with the show? Nothing at all? Correct, let’s move on.

But wait, his second paragraph once again makes it known that he doesn’t like Clarkson or May, explaining that he’d like to see them “cut down to his size in a car crusher like an obsolete pair of Morris Marinas”. Yet again, an extremely constructive paragraph from the professional writer. This level of immaturity shines through in the next paragraph, too, where he relates the large structures that Hammond will be reviewing in this new show to “examples of overcompensations for male inadequacy”. I have a feeling that this man hates a lot of things in this world. Or maybe he’s just not interested? This seems very dull to me.

The first episode of Richard Hammod’s Big covers the VW factory in Wolfsburg, Germany, the largest car factory in the world. Jeffries says how he believes the episode was overly positive of the VW plant. And while this is true, the documentary is targeting a younger audience who are enthusiastic and wanting to learn, so why go against that? After all, the factory is a brilliant piece of engineering by the largest car company in the world – what’s not to love?

It suddenly becomes apparent why this writer isn’t a fan, though, as he brings up Greta Thunberg (our of completely no where) and starts complaining about sea levels. It’s at this point we can completely ignore the rest of this review. Yes, he does bring up a good point about the script being a tad lacklustre, but again, this is aimed at a young audience, so of course it’s going to be simplistic.

The review ends with Jeffries spouting self-righteous pros about how big factories like this are going to be the end of the human race thanks to global warming and human job-stealing machinery. But he’s failed to realise one thing. He may hate these large structures and the minds behind them, but these keen and innovative minds are the same ones that will solve the global warming issues we’re seeing right now.

We can help these talented engineers by giving them as much attention as possible, and what do you think Hammond is doing exactly?