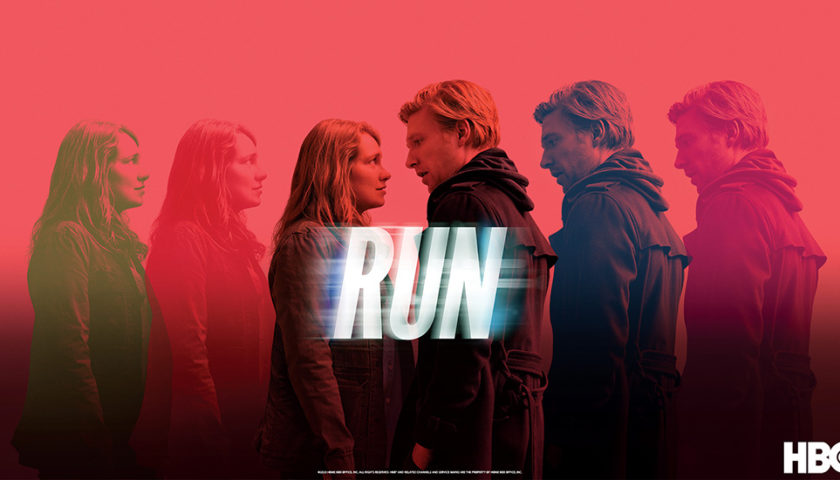 The pact at the heart of Run, the new HBO comedy-thriller, is dizzyingly romantic, until you think about it for half a second. Text “RUN,” promised teenage college sweethearts Ruby (Merritt Wever) and Billy (Domhnall Gleeson), and if the other replies in kind, they’ll drop everything in their lives to meet each other on a train departing from New York’s Grand Central Station. Generously put, it’s a covenant between two young people who have no idea how complicated adulthood can get.

Seventeen years later, in coinciding moments of desperation, Ruby and Billy actually carry out the plan, meeting for the first time in more than a decade and a half. She’s self-conscious about her body. He worries he hasn’t matured enough in the intervening years to satisfy her. But it’s the pact that has aged most terribly, because it reveals the cowardice, irresponsibility, maybe even immorality at its core.

Created by Vicky Jones, a longtime collaborator of Phoebe Waller-Bridge (who executive produces and briefly appears here in a thoroughly unconvincing American accent), Run at least has an original premise behind it. But its execution feels half-measured on nearly every level: neither British or American, not quite satisfying character study or compelling mystery, not really relatable or escapist, not especially good or outright bad.

Run is most interesting as a clash between expectations and reality. Ruby and Billy swear, to their mutual relief, that they won’t ask each other any personal questions until their second day together. But the writers give us plenty of reasons to suspect that the lovers’ motivations are darker than a flailing attempt to recapture their youth, and the ramifications of their choices more consequential than they might hope.

Three of the five episodes for review (out of a total of seven) take place on a train, and Run gets a few solid laughs out of the disjunct between the cinematic, close-quartered glamour Ruby and Billy were expecting and the clunky, claustrophobic vehicle they’re actually trapped in. The series does try to maximize the railroad setting, but the longer we’re stuck on a thoroughly utilitarian Amtrak, the more we wonder what pair of teens would opt for a janky train ride across the country, rather than a freewheeling road trip in a serviceable jalopy. We also question what 30-something American woman in 2020 would use “frigid” as an insult, as Ruby does when Billy doesn’t put out as quickly as she’d like.

Run is essentially a two-character series, making it all the more crucial that Ruby and Billy are as detailed and resonant as they can be. But Wever, one of the few actresses who can bring depth and soulfulness to a goody-two-shoes role, is miscast in this Fleabag-ish role, in which a charmingly messy surface offers occasional glimpses into bottomless emotional chaos. There’s a profound recognizability to the character when she can’t take the kind of barbed comments she doles out on the regular, but the many facets we see of Ruby don’t quite cohere into a whole.

Gleeson is more familiarly cast as a shifty man-child: Even as Ruby reveals all her vulnerabilities, he can’t stop telling her half-truths. But the unripe goon in front of us hardly fits his backstory, as an ultra-successful Tony Robbins-like life coach to the masses. (Like so many other elements in Run, there’s just enough self-help satire to make us wish there were a lot more of it.) Billy’s fame and fortune also means that there are few logistical snafus to complicate their trip — his pile of money steamrolls over a lot of would-be problems.

Even with the protagonists’ occasionally inconsistent characterizations, a spontaneous meeting between two playful but needy former significant others from across an ocean who haven’t seen each other in nearly two decades seems like it should be interesting enough fodder. The few scenes in which Ruby and Billy feel out what’s changed between them, how life has made them different people, and how romanticizing their long-ago pact — an escape hatch they’re never not thinking about, and  thus keeping them from committing fully to their chosen lives — remind us of the promising kernel that probably inspired Run. But like everything else on the series, it doesn’t go far enough.