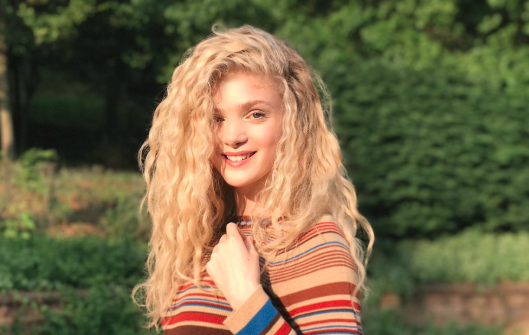 Review: Based on the classic Grimm Brothers tale The Handless Maiden, and Stephanie Oakes’ novel The Sacred Lies of Minnow Bly, and adapted and updated by Tucker, Sacred Lies (working ttitle) is about a handless teen who escapes from a cult and finds herself in juvenile detention, suspected of knowing who killed her cult leader. Casting is currently underway.

“This a young female protagonist we’ve never seen on screen before,” said Tucker. “She’s complex, brave, funny…and sometimes dangerous. And she has no hands. But she refuses to let that, or her bizarre, brutal past define her or limit her. That’s the message of our series: no matter what life throws at you – ultimately only you have the power to decide what you believe and what you become. I’m beyond excited and honored to bring this unique, inspiring, badass character to life. “

“Raelle and Scott are known for pushing the envelope with complex characters, mixing genres and diving into dramatically dark subjects, which is also a hallmark of Blumhouse storytelling,” said Marci Wiseman and Jeremy Gold, co-presidents, Blumhouse Television. “Sacred Lies is an inventive twist on a time honored fairytale which we believe will surprise and stir the Facebook Watch audience and we’re excited to be the studio producing this provocative series.”

The project reunites Tucker and Winant who previously worked together on True Blood. Winant, who won two best directing Emmys for Thirtysomething along with earning seven Emmy nominations, served as director on all seven seasons of True Blood, while Tucker served as a writer-executive producer on the first six.

Blumhouse TV is producing Secure and Hold, a limited series for Showtime based on journalist Gabriel Sherman’s reporting on former Fox News chief, Roger Ailes, with Tom McCarthy writing and executive producing; Sharp Objects, a limited series from Marti Noxon and Gillian Flynn for HBO based on Flynn’s best-selling novel, starring Amy Adams and directed by Jean-Marc Valle; The Purge, from writer/director/producer James DeMonaco based on the film franchise for USA/Syfy; as well Run For Your Life, a supernatural race on the final night of Dia de los Muertos; and Tremors reboot, headlined by original star Kevin Bacon, both of which have a pilot order from USA/Syfy.

Tucker and Winant are repped by UTA. Oakes is repped by Hotchkiss and Associates on behalf of Jennifer Laughran at Andrea Brown Literary Agency.