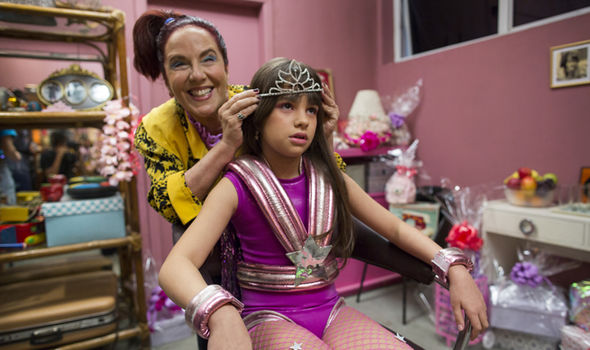 Review: SAMANTHA! is a brand new comedy series hitting Netflix this week. Here’s everything you need to know about the show including release date, cast, trailer and more.

Samantha is a Netflix original comedy series which will debut on Friday, July 6. It is the first Brazilian comedy produced by Netflix and the third show from the streaming giant to be produced in Brazil after 3% and O Mechanismo. Samantha was created by Felipe Braga, who is a well-known screenwriter and director in Latin America and was recognized by Variety as one of Latin America’s New Emerging Talents. The series was filmed in Sao Paolo and is in Portuguese but English subtitles are provided. There are six episodes, each 30 minutes long, which will be available to stream and download on Netflix from Friday, July 6.

The plot follows former Brazilian 1980s child star Samantha (played by Emanuelle Araujo). Thirty years after her childhood fame, people barely recognize or remember her. Samantha is determined to return to the spotlight by creating various schemes to attract the attention needed to make her a star again. She goes to hilarious lengths assisted by her manager Marcinho, her children Cindy and Brandon and her former husband and ex-footballer Dodoi (Douglas Silva). Samantha and Dodoi, who has just returned home after spending a decade in prison, will do just about anything to rediscover fame.

Samantha is played by Emanuelle Araujo, a Brazilian actress, singer, and songwriter. Douglas Silva, the first Brazilian actor to be nominated for an International Emmy Award plays Dodoi, Samantha’s former husband. Daniel Furlani, a Youtube star, and actor, and comedian plays Marcinho, Samantha’s manager. Brazilian actress, Alice Braga, who starred opposite Will Smith in I Am Legend (2007) makes a guest appearance as Soraya. Other Brazilian stars also appear including Alessandra Negrini and Paulo Tiefenthaler